Addressing the Needs of Ebola Survivors 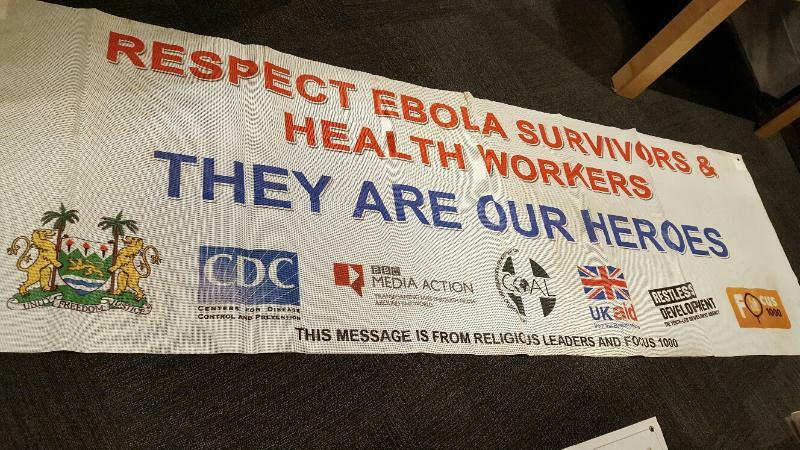 Expanding the Definition of an Ebola Survivor

Exposure to an emergency situation of any kind, whether it is a natural disaster, conflict situation, or an infectious disease outbreak, has a devastating effect on the psychological and social wellbeing of the people involved. Survivors included not only those whose bodies fought off the Ebola virus, but also healthcare workers, ambulance teams, families who lost loved ones, and entire communities. Many of them faced stigma and social isolation, and, in turn, required psychosocial support. 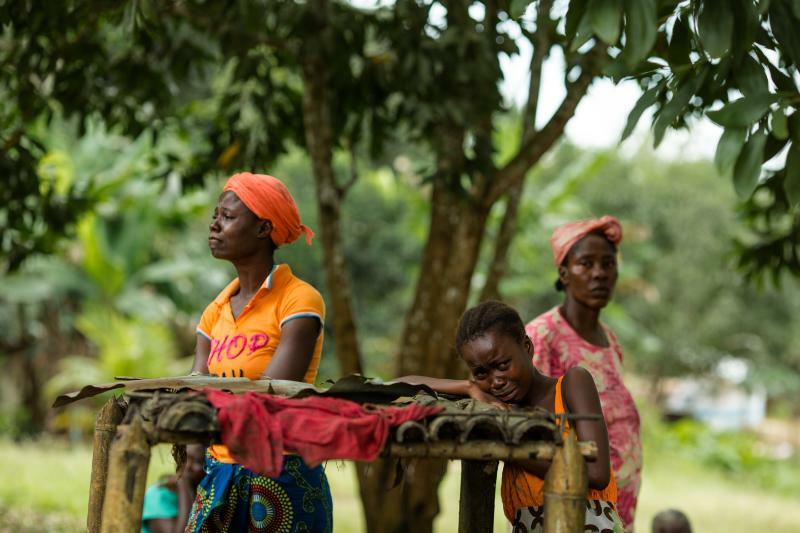 Family, friends, and neighbors grieve as the body of 6-year-old Phelicia is removed from family home in Monrovia, Liberia, on September 26, 2014. Photograph by Morgana Wingard, USAID

Burial teams—comprised primarily of young men—undertook some of the most hazardous work in West Africa’s fight against Ebola. Motivated by a sense of duty to their communities, burial team members are considered among the heroes of the epidemic, as they faced the grim job of gathering bodies from distraught families and burying them in safe and dignified ways.

Although the teams followed proper protocol to prevent exposure to the virus, many members were ostracized by their families, communities, and employers.  As the epidemic slowed down, many were stigmatized and faced difficulty finding jobs. Group counseling gave them tools to deal with their traumas, to face their communities, and to find jobs. 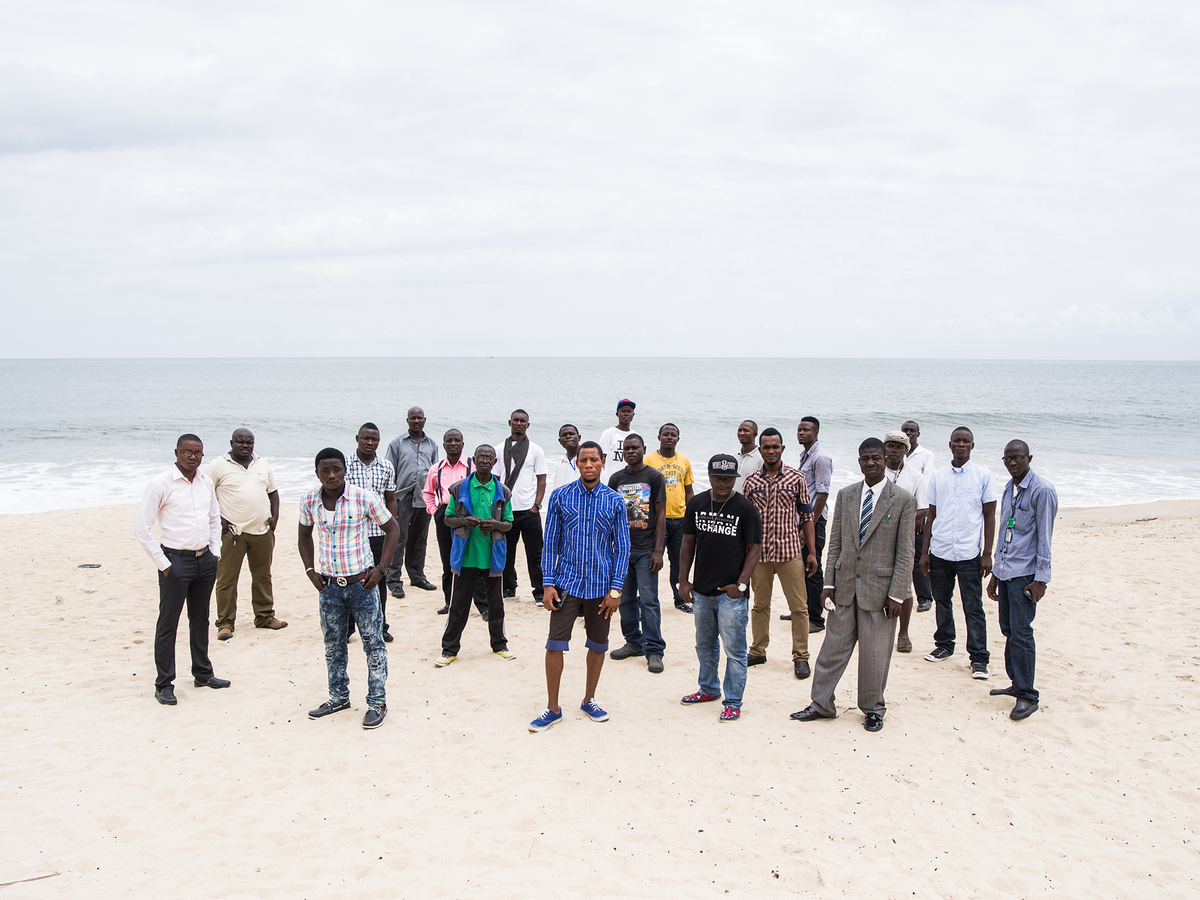 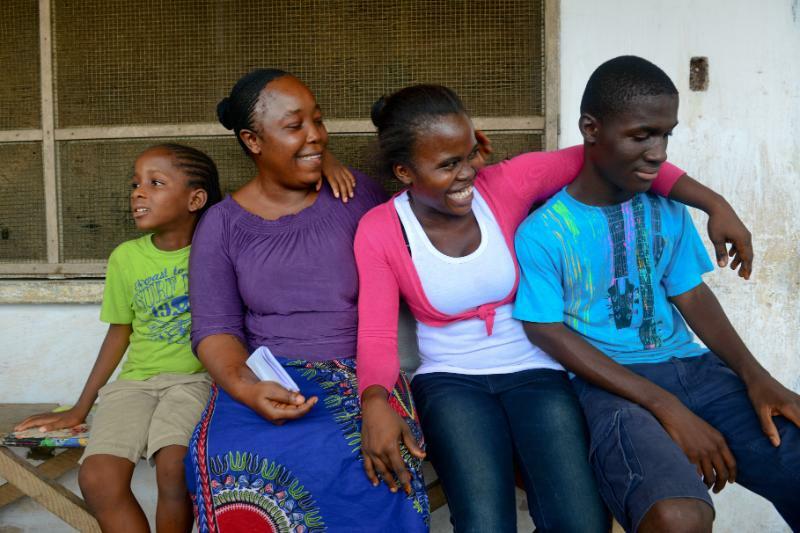 Children of an Ebola victim and their caregiver in the Paynesville suburb of Monrovia, Liberia. Photograph by Christine Nesbitt, UNICEF

Ebola through the Eyes of Children

According to UNICEF, children accounted for around 20 percent of Ebola cases. Children, whether they recovered from Ebola themselves or were cleared after a family member contracted the disease, were particularly vulnerable to social isolation and stigma.

More than 16,000 children lost parents or their primary caregivers to Ebola in Guinea, Liberia, and Sierra Leone. In some villages, children without parents were vulnerable to stigmatization, hunger, malnutrition, and in some cases, violence. Fortunately, many individuals, extended families, and communities—once they overcame their initial fears and misconceptions—have provided care and protection for these children.

This photo shows Mercy Kennady, 9, and Harris Wreh, 17, with Martu Weefor and their caregiver Justina King, in the Paynesville suburb of Monrovia, Liberia. Ms. King took care of Mercy and Harris while the siblings were at an interim care center for children exposed to EVD. Ms. Weefor, a friend of the children’s family, agreed to foster the children, whose mother died of EVD and whose father passed away long before the outbreak. The Ministry of Health and Social Welfare set up the center, where children who were in direct contact with patients suffering from EVD were accommodated during 21 days of isolation, the virus’s maximum incubation period. There they were cared for by workers—themselves Ebola survivors—trained to monitor the children closely for signs of EVD. In parallel, active tracing of childrens’ extended family was also undertaken, with the ultimate goal of reuniting them with relatives immediately after the conclusion of the quarantine period. 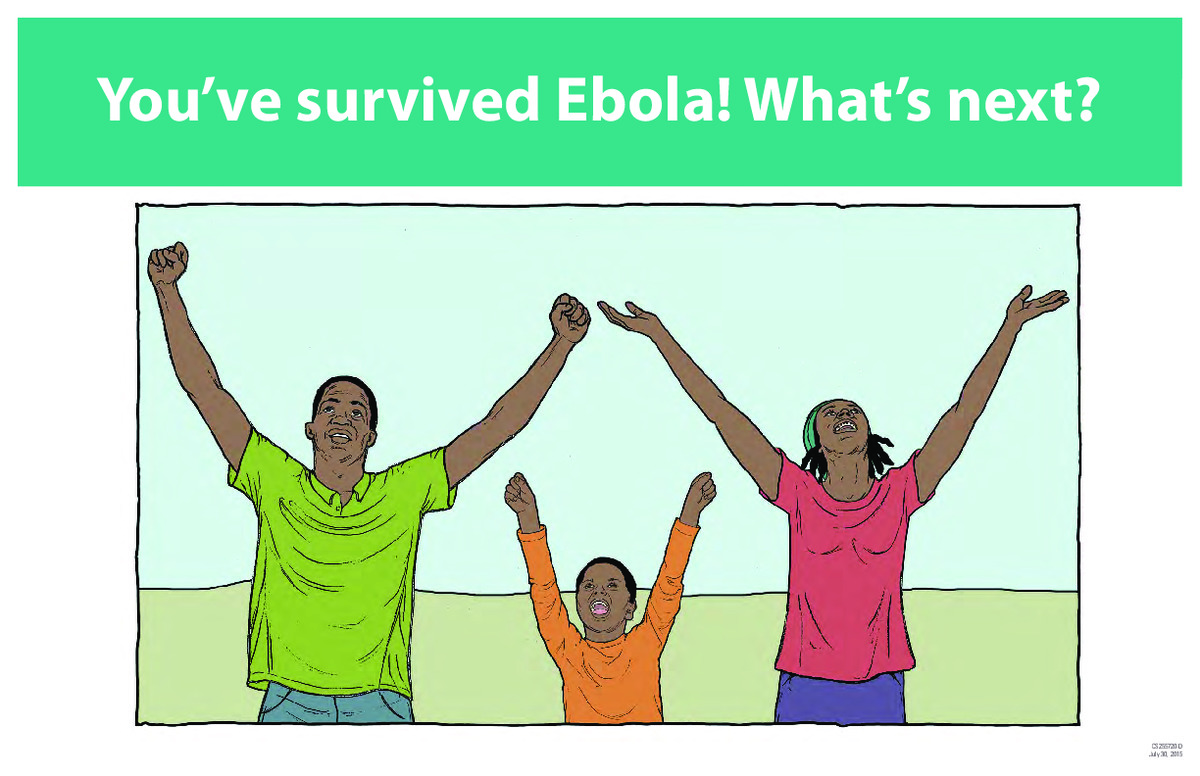 In August, 2014, the first KAP (Knowledge, Attitudes, and Practices) survey undertaken by FOCUS 1000 with a consortium of partners, including CDC, UNICEF, and the Ministry of Health in Sierra Leone, found that 96% of the population reported some discriminatory attitudes toward people with suspected or known Ebola. Survivors had experienced being shunned by their communities, and expressed feelings of shame and guilt. Based on these findings, responders began to address specific medical and psychosocial issues facing survivors. This flipbook, of which there were several previous versions, was used by counselors when discharging survivors. Counselors also accompanied survivors back to their communities, where they facilitated conversations about survivor acceptance and how to support survivors. 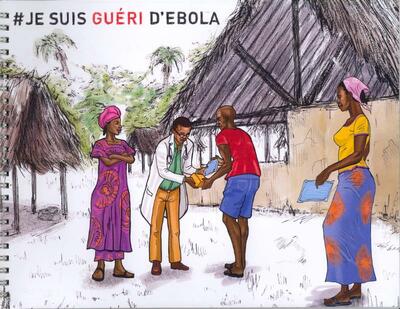 I Survived Ebola was a multimedia intervention that provided the at-risk public in Guinea, Liberia, and Sierra Leone information about how to prevent contracting and spreading Ebola. An important part of the campaign was positive messaging delivered by Ebola survivors in order to decrease the stigma associated with the disease. People were encouraged to call the Ebola hotline if they had or they knew someone who had Ebola symptoms, or if they knew someone who had died from Ebola. Produced by PCI Media Impact in collaboration with UNICEF, CDC, and other partners, the campaign consisted of radio dramas in 12 languages, call-in shows, video and audio documentaries, and songs and music videos. 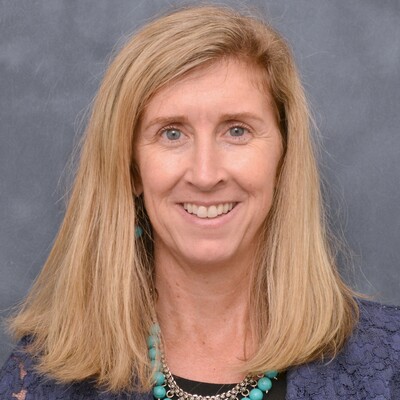 Lisa Moorhouse discusses the stigma associated with surviving Ebola and what was done to address those challenges.

Ebola survivors were issued ID cards such as this one. Survivors have a level of immunity or resistance to Ebola, and survivor certificates were distributed in an attempt to reduce stigma. This card belongs to Mr. Mohamed Sankoh Yillah Yillah, of Kenema, Sierra Leone, who was infected during the early days of the Ebola outbreak. He became the president of the Ebola Survivors Organization, speaking out against the discrimination faced by Ebola survivors, and joined mobilization teams raising community awareness about EVD. He also worked as an outreach Ebola health worker at Kenema Government Hospital, where he had worked before contracting the disease. 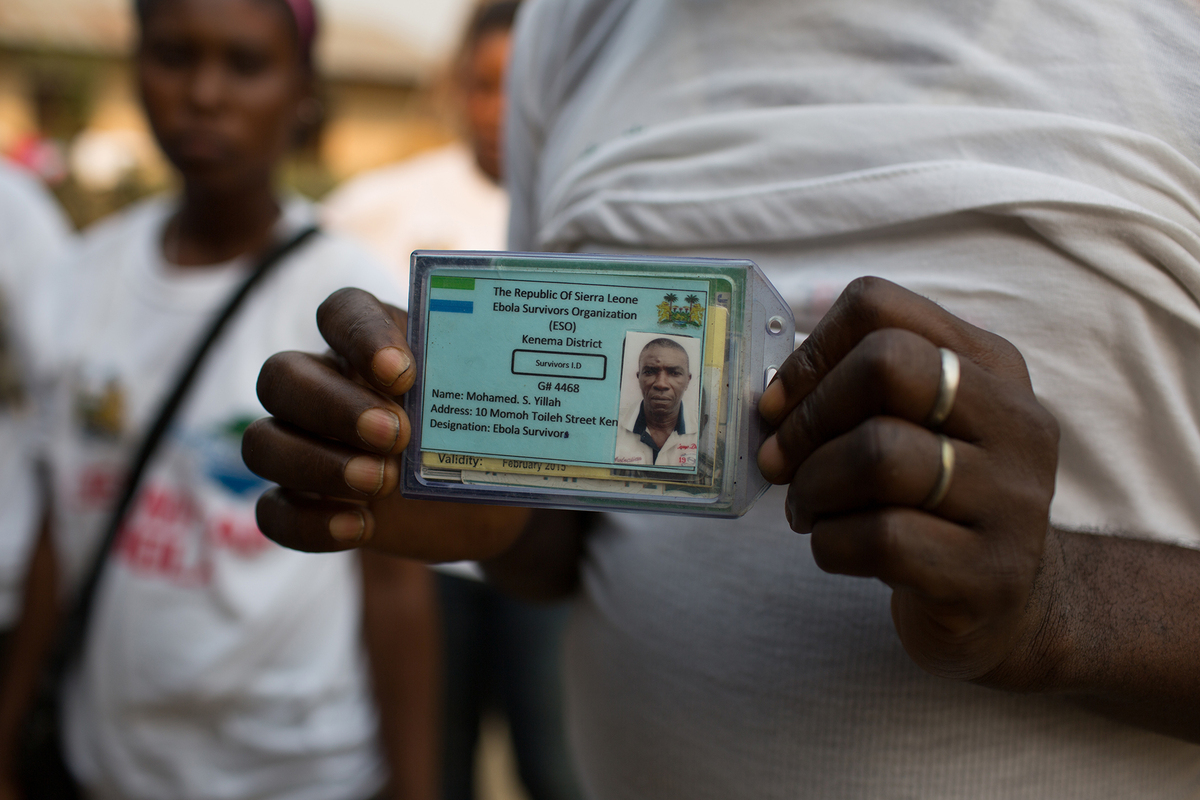 Many Ebola survivors had their possessions destroyed for fear that they were contaminated. International partners and NGOs responded by providing resources to survivors upon their discharge. Survivors were also often given cash resettlement allowances. 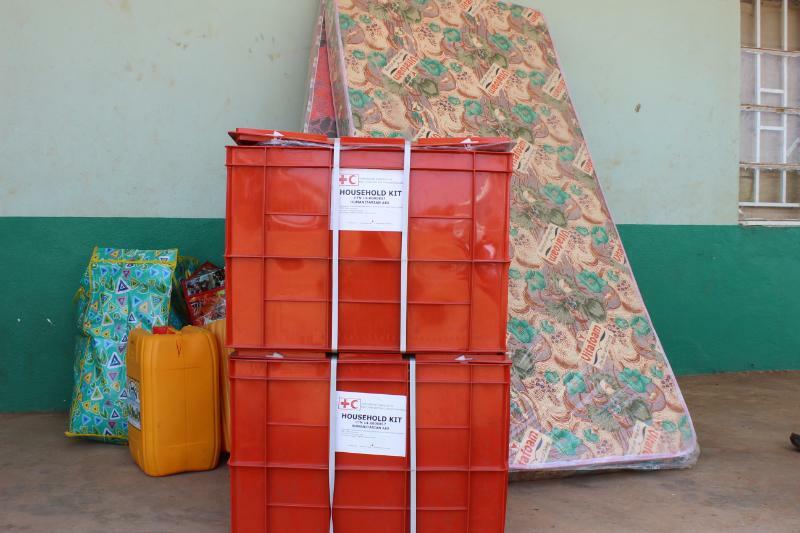 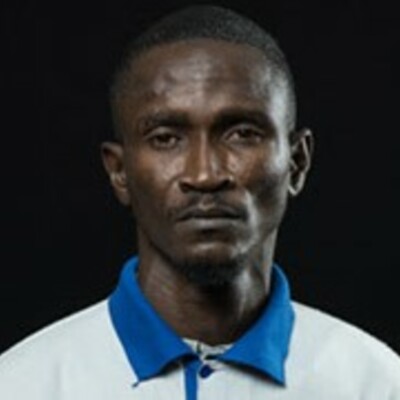 Daddy Hassan Kamara discusses organizing the national Ebola survivor's association in Sierra Leone, as well as the challenges that one faces as an Ebola survivor.