Ebola and the Start of the Outbreak 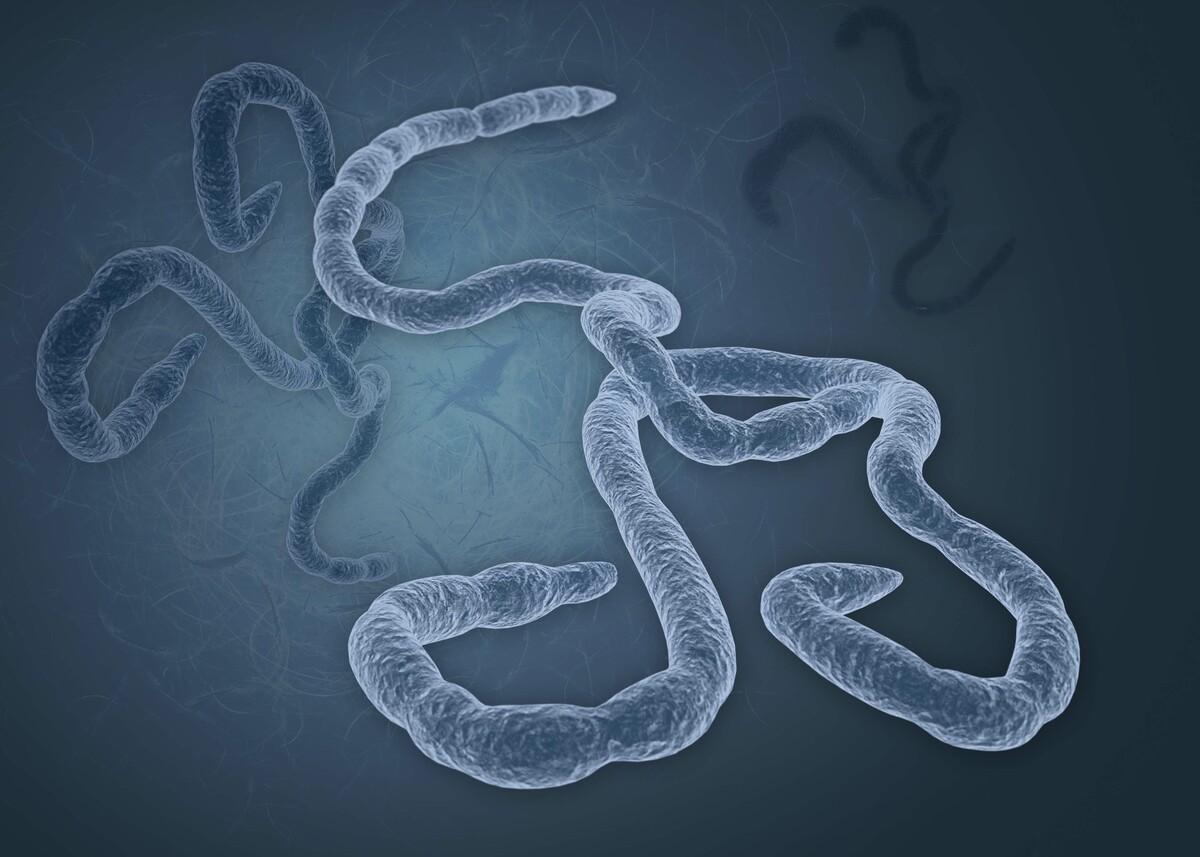 Ebola is a rare and deadly disease caused by infection with one of the Ebola virus species. Ebola can cause disease in humans and nonhuman primates (monkeys, gorillas, and chimpanzees). 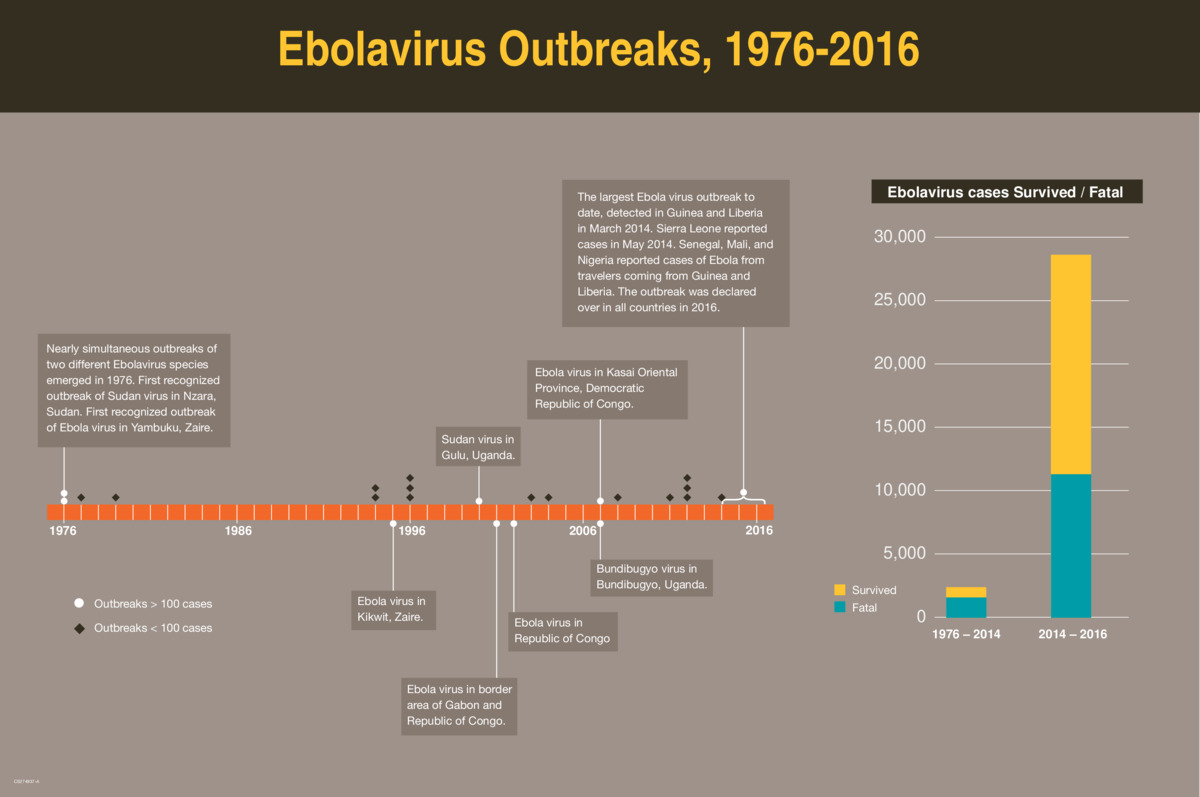 Graph of all Ebola outbreaks since 1976, including the West African outbreak—the largest in history. Produced by CDC’s Division of Creative Services
View fullsize PDF

Ebola viruses are found in several African countries. Ebola was first discovered in 1976 near the Ebola River in what is now the Democratic Republic of the Congo. Since then, outbreaks have appeared sporadically in Africa.

The natural reservoir host of Ebola virus remains unknown. However, on the basis of evidence and the nature of similar viruses, researchers believe that the virus is animal-borne and that bats are the most likely reservoir. Four of the five virus strains occur in an animal host native to Africa. Humans can become infected when they come into contact with either the reservoir host or other infected animals. Often this is through bushmeat hunting and butchering.

Once a human is infected with Ebola virus, person-to-person transmission is how the virus spreads and the epidemic grows. People who have Ebola can have virus present in their blood, organs (including skin), and bodily fluids (sweat, saliva, urine, stool). People who come into direct contact with a person sick with Ebola or their bodily fluids can become infected themselves. The levels of virus in a person sick with Ebola increase as a person becomes more ill, and patients who die from the disease have very high quantities of virus present. As a result, contact with a corpse of a patient who has died can also transmit infection. 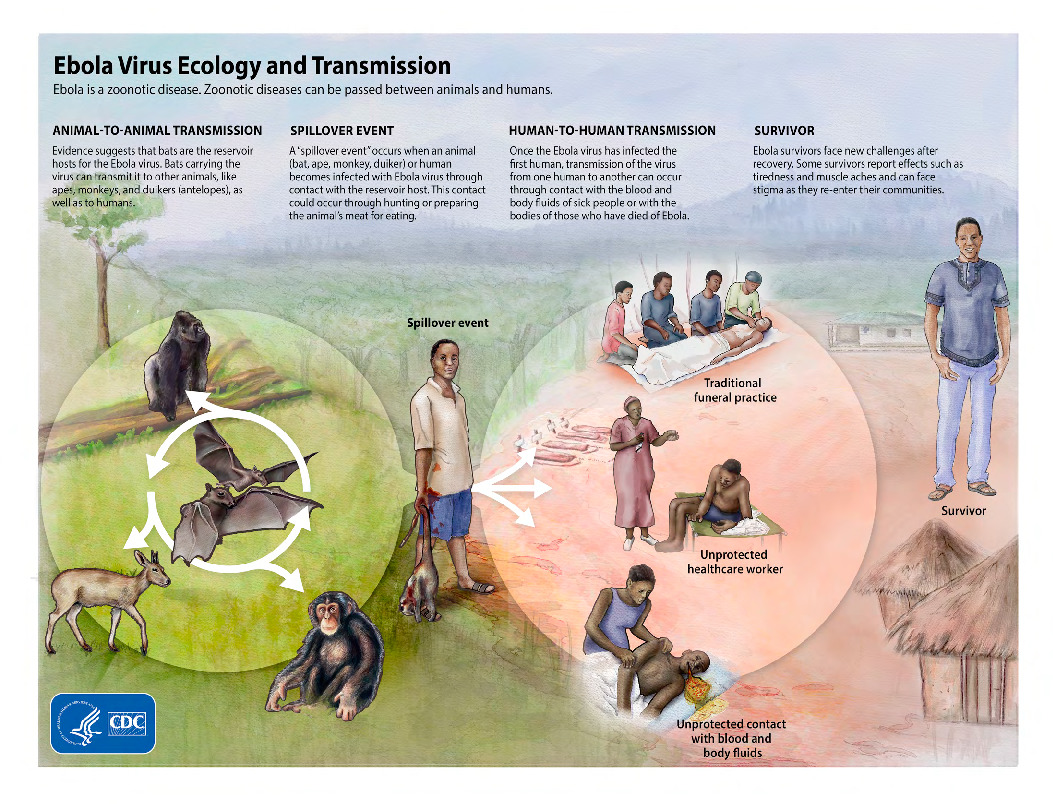