The Interweave of History, Economics, Ecology and Culture 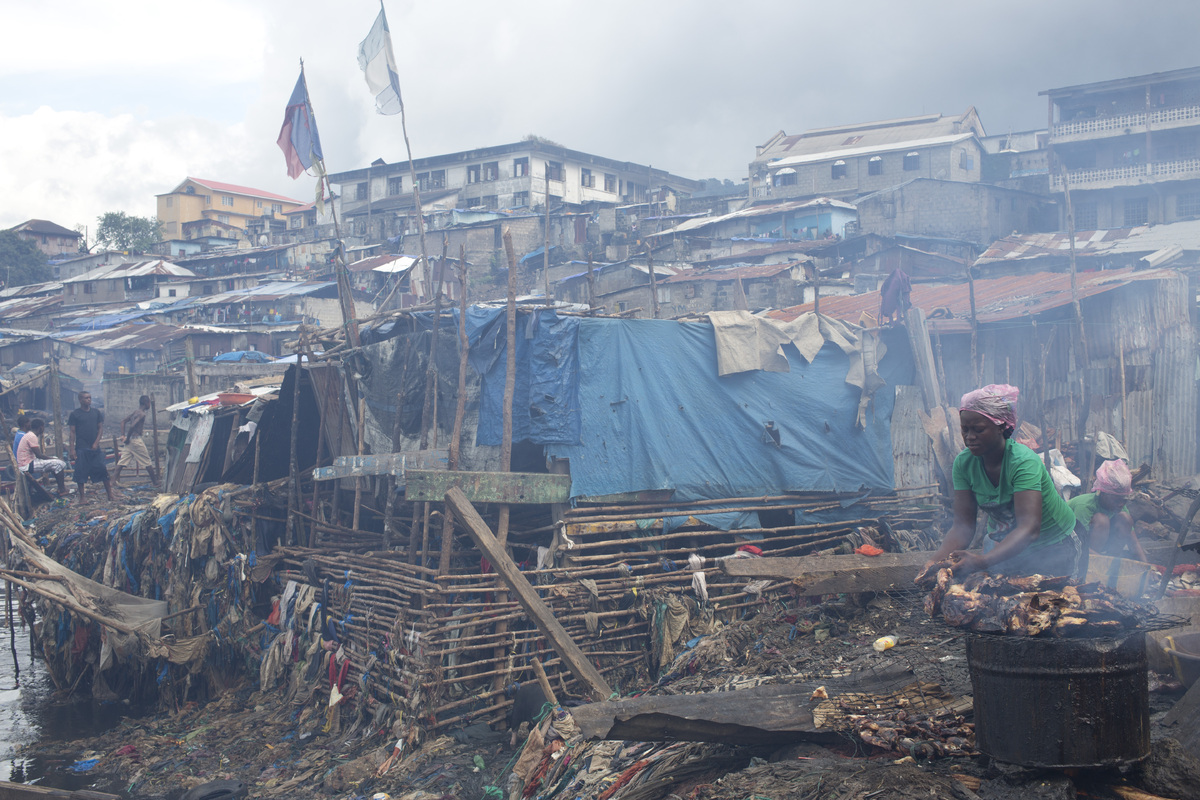 Magazine Wharf, one of the most densely populated areas of Freetown, Sierra, Leone, 2015. Photograph by Katie Holt, Eyevine/Redux.

Guinea, Liberia, and Sierra Leone are among the poorest countries in the world. When Ebola first emerged, Liberia and Sierra Leone were still recovering from the brutal civil wars of the 1990s/early 2000s. In Guinea, a deep, historic distrust existed between those in the capitol city of Conakry, and those living in rural areas. Public health infrastructure, including disease detection systems, was poor, and basic healthcare facilities were ill-equipped to address a disease never identified before in the region. The Ebola epidemic in West Africa was the first time that cases emerged in large numbers in urban settings—one of the contributing factors to its spread. 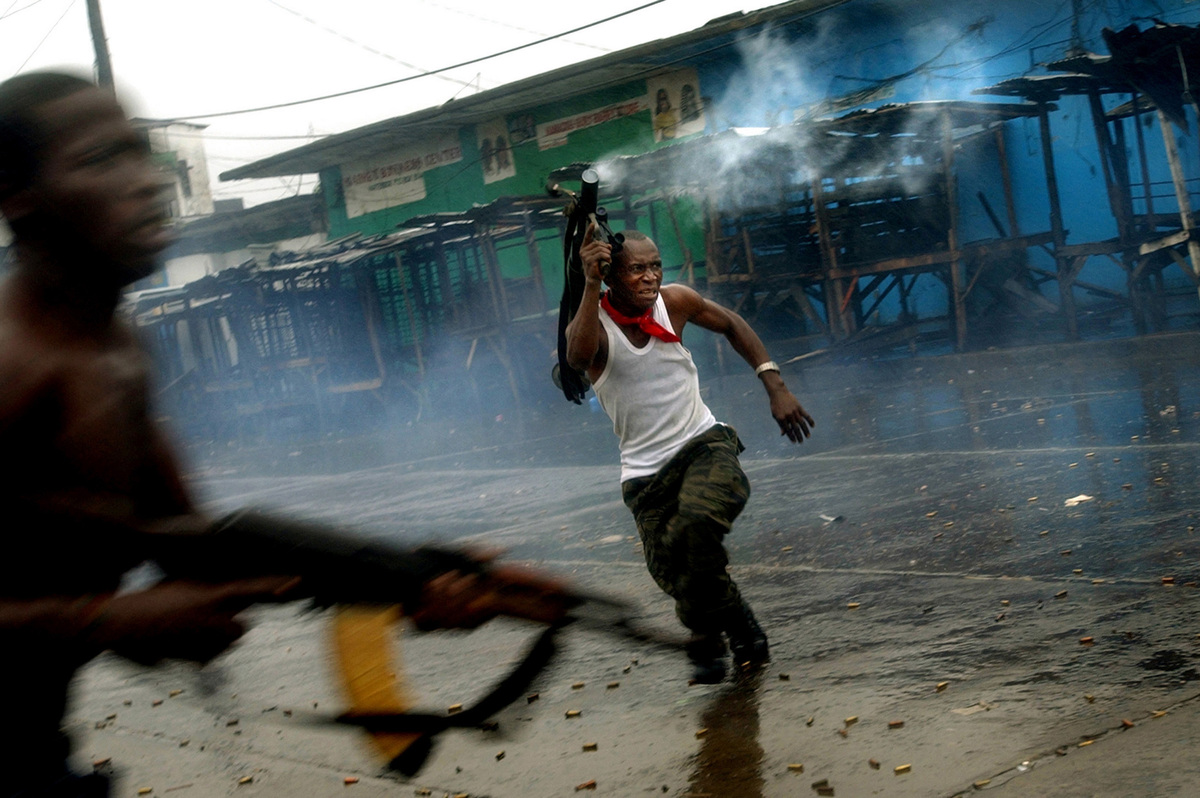 Monrovia during the Liberia Civil War, 2003. Photograph by Kuni Takahashi.

To many people living in the three countries—particularly along shared borders—culture, family and traditional values are far more important than political boundaries. Historic routes between rural and urban areas over porous borders are heavily traveled, and cities have exploded in population with people seeking economic opportunities. Border control measures are limited—getting to another country is often as simple as taking a boat across the river. 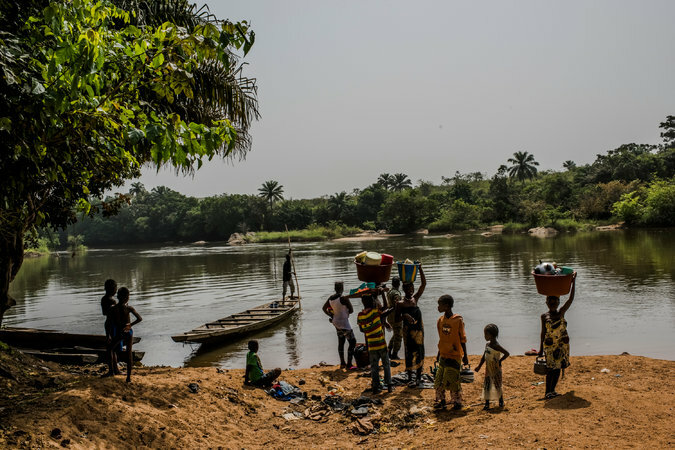 The porous border between Guinea and Sierra Leone, 2014. Photograph by Daniel Bereheluk, The New York Times/Redux.

In recent years, the region has witnessed changing land use, as trees have been cut down by mining and commercial logging industries, and by local farmers trying to feed their families. The destruction of forest habitat may have brought bats, suspected of carrying the virus, into greater contact with humans. However, after the initial transmission of animal to human, the epidemic quickly became a social disease transmitted through human-to-human contact in both rural and densely urban settings—often when people nursed sick people or when they participated in traditional burial customs. 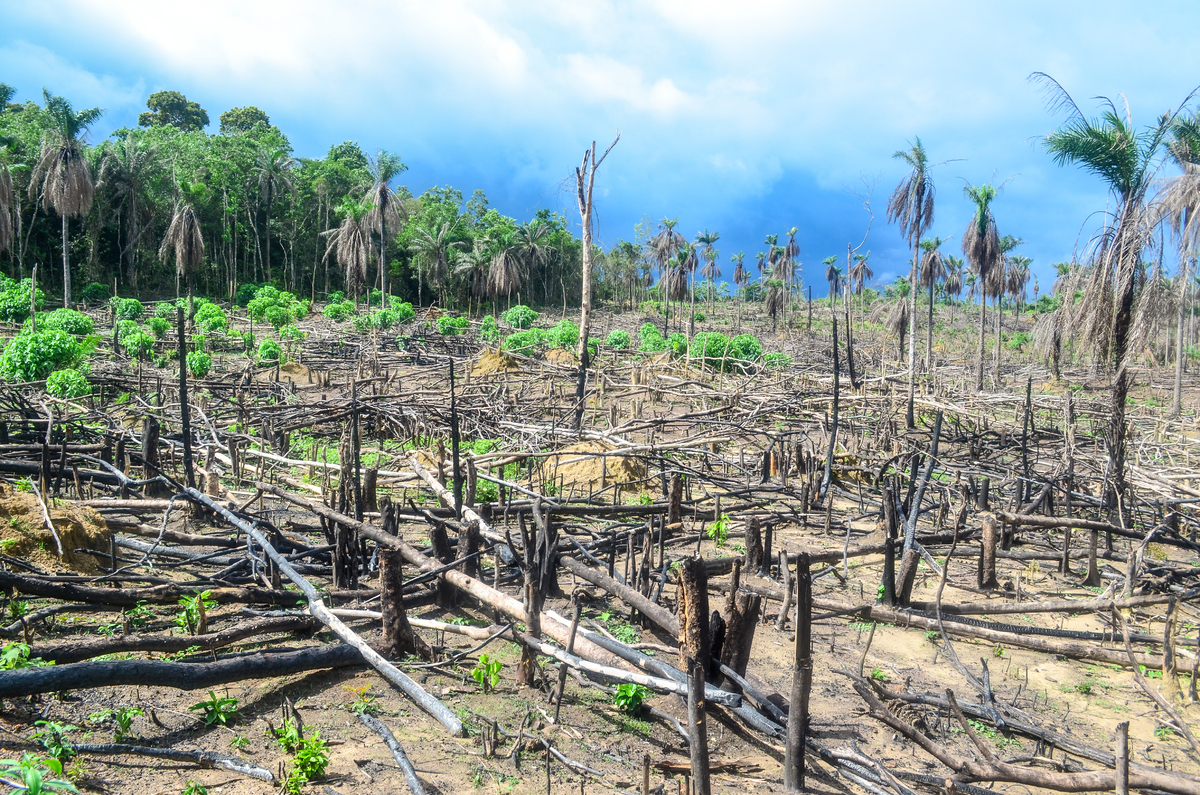