Through the Lens of Time

In retrospect, the initial response to Ebola by the West African governments and the international community was slow. When Ebola began to emerge in 2014, although CDC had offices in Côte d’Ivoire and Nigeria, there were no offices in Guinea, Liberia, or Sierra Leone. Teams arrived in Guinea as early as March. The World Health Organization’s regional presence was hobbled by its own bureaucracy and limited budgets. The three countries’ national and district public health infrastructure was weak, and there was only limited regional cooperation.

With inadequate disease surveillance systems in place, several cases were missed, and public health officials underestimated how quickly the disease could spread between countries and rural and urban areas. Previous outbreaks of Ebola in other parts of Africa were primarily restricted to remote rural areas, where they could be contained. The situation was different in Guinea, Liberia, and Sierra Leone because of their large urban centers, including the capital cities of Conakry, Monrovia, and Freetown, and populations traveled frequently across borders and between rural and urban areas.

It was in the village of Meliandou, Guinea, where a 2-year-old boy named Emile Ouamouno came down with symptoms consistent with Ebola, and died in late December 2013. Emile is considered Patient Zero in the outbreak across Guinea, Sierra Leone and Liberia. 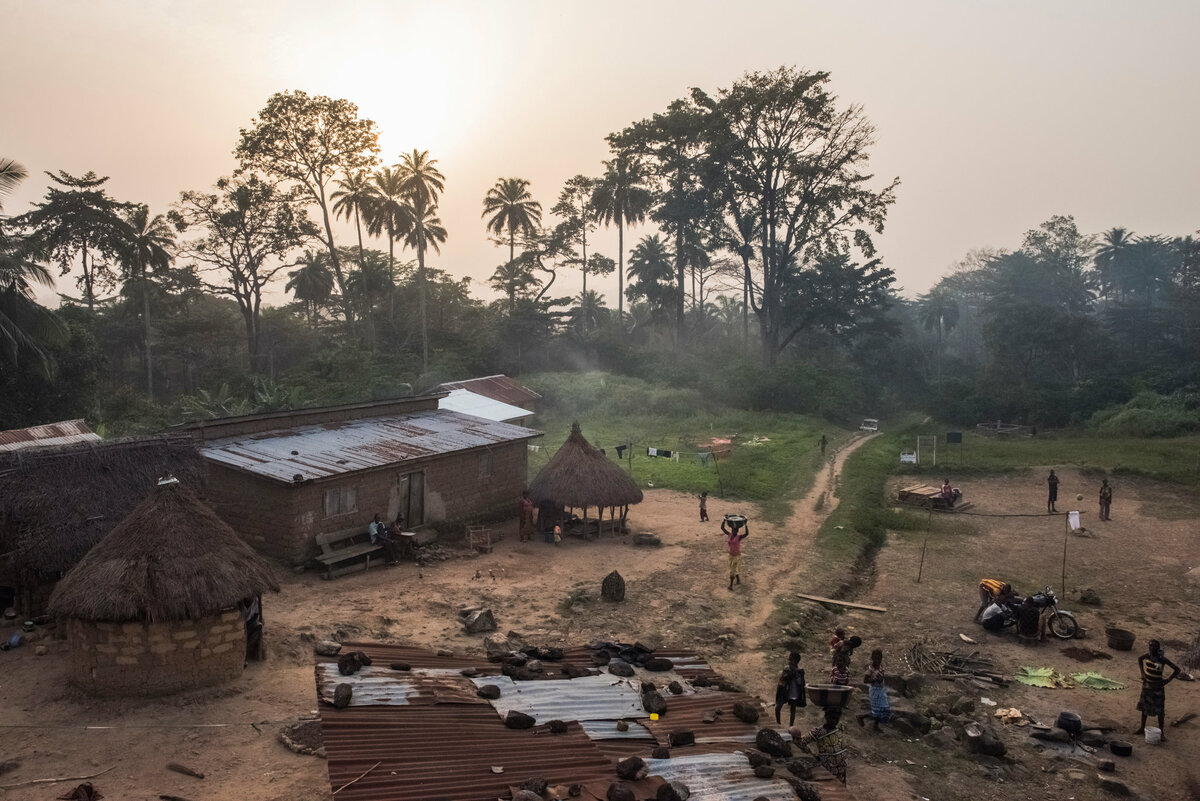 The village of Meliandou, Guinea. Photograph by Daniel Bereheluk, The New York Times/Redux

← Regional Context
Early Days of the Epidemic and How Ebola Spread →
1. How the Outbreak Began
Ebola in West Africa