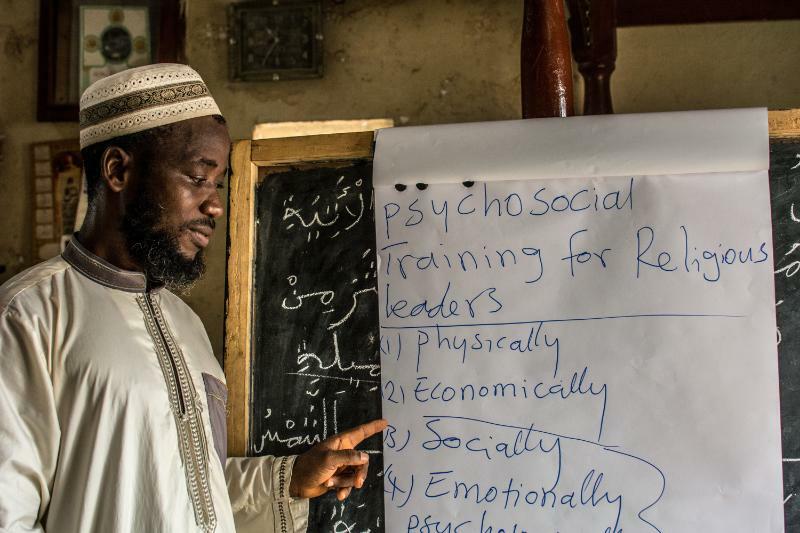 Religious leaders are among the most trusted members of their communities in Sierra Leone, with people turning to them for advice, especially in times of social calamities. In late 2014, there was a concerted effort to involve faith leaders in the response. It had become clear that safer practices needed to be advocated while respecting people’s core beliefs, and that they needed to be religiously and culturally adapted to make them more effective.

In Sierra Leone, FOCUS 1000, with support from CDC and others, assisted religious leaders to search for scriptural evidence from both the Qur’an and Bible to support public messages being promoted to prevent Ebola transmission. Imams and clergy identified passages that gave a religious context to the new burial practices, as well as to handwashing and quarantine issues, showing that they were acceptable according to their faiths. FOCUS 1000 trained more than 5,000 imams, pastors, women, and youth leaders in some 4,000 mosques and churches across the country.

Below is a 3D image of a kufi—a traditional cap—worn by Sheik Ibrahim Sesay, Chief Imam of Pipe Line Coal Mosque in Freetown.

Kufi by studentinnovation on Sketchfab

Below is a Qur'an marked with religious passages supporting Ebola control and prevention measures, presented to CDC by the Islamic Action Group (ISLAG) through FOCUS 1000. The Qur'an is sitting on a traditional hand-carved rehal from Freetown, Sierra Leone. Courtesy of Jatin Hirandani and Dan Martin.

Quran on Stand by studentinnovation on Sketchfab

Quran by studentinnovation on Sketchfab

The images below show passages in the Quran and Bible that were highlighted to give religious context to the new burial practices, as well as to handwashing and quarantine issues. 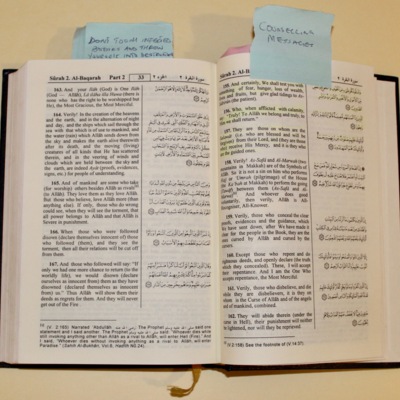 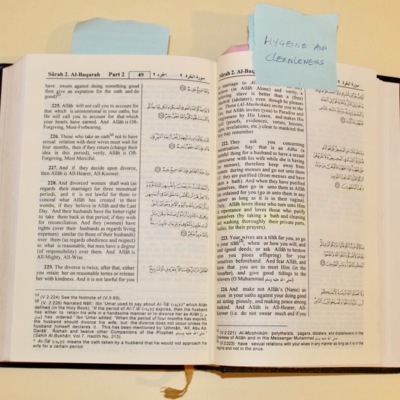 This passage highlights the importance of hygiene. 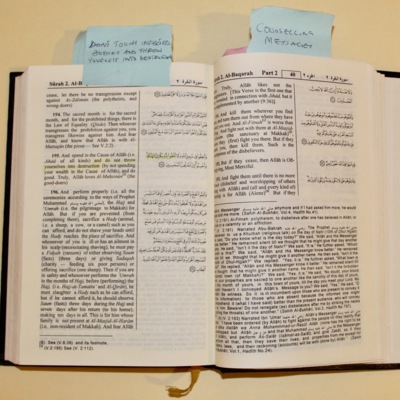 This passage reminds people that touching the infected and putting oneself at risk. 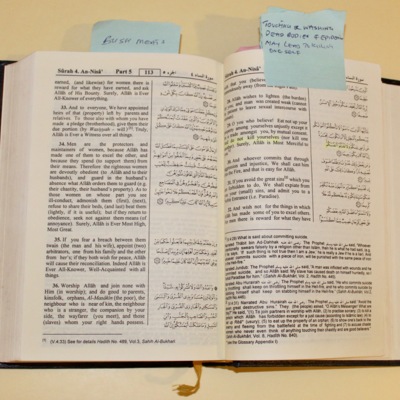 This passage reminds the readers that by touching and washing the dead, one can infect oneself and lead to one's own death. 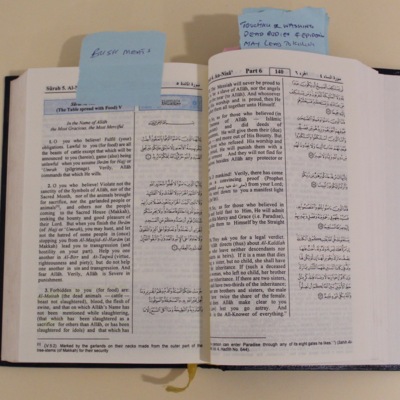 This passage warns against the consumption of bush meat, a dangerous possible source of Ebola infections. 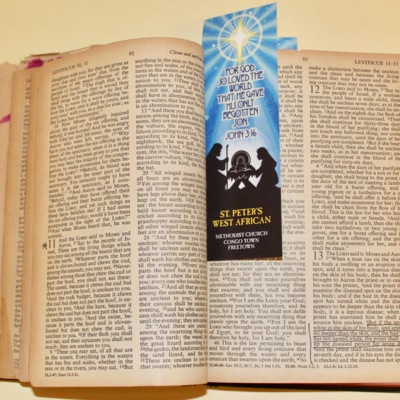 This Bible features an underlined passage that supports the importance of quarantine.