Although health care based on Western medicine is available in Guinea, Liberia, and Sierra Leone, many communities rely heavily on traditional healing practices that draw upon natural and metaphysical resources. Particularly in rural areas, traditional healers are often more highly regarded than those who promote Western forms of health care.  Early in the outbreak, some traditional healers claimed to have the capability to cure Ebola, and were called upon to attend to severely sick patients. Without proper protection, many traditional healers contracted the disease themselves, passing it on to their patients.

Eventually it became clear that there was a need for cooperation between traditional healers and Western health responders. As the healers recognized the importance of scientifically-based control measures, the responders also recognized the crucial role healers could play in educating their communities and reporting previously-unrecognized disease.

This photo shows Zwana L. Dunnah, a traditional healer living in Margibi County, Liberia, who had suspended his practice in response to Ebola. By March, 2016, he was able to restart, taking extra precautions in treating patients. Working as a traditional healer was his only means to feed his family, but he wanted to stay safe. 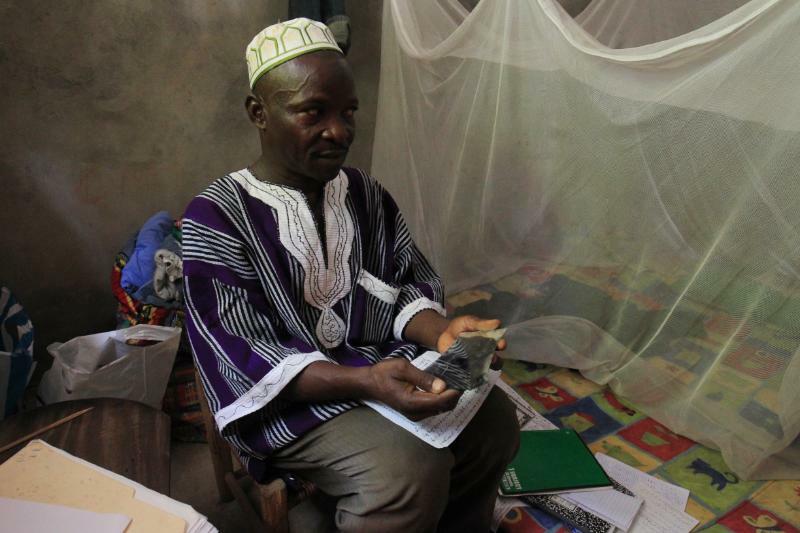 FOCUS 1000, in partnership with the Ministry of Health and SMAC, worked with the Sierra Leone Indigenous Traditional Healers Union (SLITHU) as a bridge to local communities. Traditional healers were ostracized and considered resistant in the early days of the outbreak, but FOCUS 1000 reached out to them to become part of the response.

Traditional healers organized trainings for herbalists, traditional doctors and ceremonial heads, urging them to be vigilant and to pay attention to the public health measures to control and prevent Ebola. They became trusted sources in their communities, and worked with Christian and Muslim faith leaders. SLITHU members were also able to penetrate secret societies, going where others could not go.

Below are 3D scans of several objects used by traditional healers in Sierra Leone, presented to CDC by Suliman Kaba, National President of SLITHU.

The Carter Center (TCC) had been working in Liberia on post-civil war issues for 15 years when Ebola first emerged.  As the epidemic escalated in Fall 2014, The Carter Center, at the request of the Ministry of Health, mobilized its rural network of community justice providers and the National Council of Chiefs and Elders to identify cases of the disease and prevent its spread. CDC and UNICEF, with assistance from the CDC Foundation, supported the effort.

Beginning in November 2014, The Carter Center undertook a massive civic education project, training 4,000 chiefs and elders in 22 days at 39 locations across Liberia. When no good cell phone coverage was available, TCC used motorcycle riders to travel through the districts to inform clan leaders of requests by Paramount Chiefs, District Health Officers, and the Ministry of Internal Affairs. Many of the participants said that they had not heard the Ebola information before, and that the trainings were an important means to include them in the national effort. TCC went on to train 10,000 community-level volunteers.