The First Ebola Patients Arrive in the U.S. 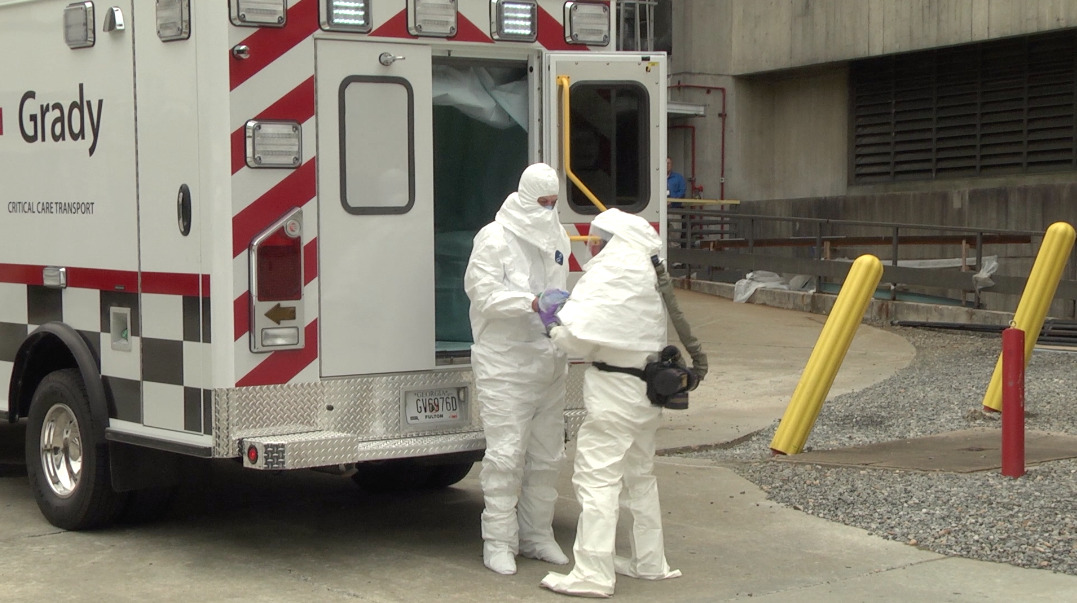 Kent Brantly and Nancy Writebol, two American healthcare workers who had been treating Ebola patients in Liberia, were transported to Emory University Hospital in Atlanta in early August, 2014.  In 2002, CDC had worked with the hospital to establish Emory’s Serious Communicable Disease Unit (SCDU) to care for CDC employees who became ill while on overseas assignments. On standby for 12 years, the SCDU team members were trained and prepared to receive patients with unusual and serious infectious diseases. This meant Emory was equipped and ready to treat the two humanitarian health workers airlifted to Atlanta just days apart.

Each patient was closely monitored, and received aggressive care, including intravenous fluids, replacement of electrolytes, and management for respiratory and renal failures. They also received doses of ZMapp, an experimental drug that was developed in mice and modified to work in humans; only a limited number of doses were available. Both ultimately recovered and were discharged from Emory University Hospital in late August, 2014.