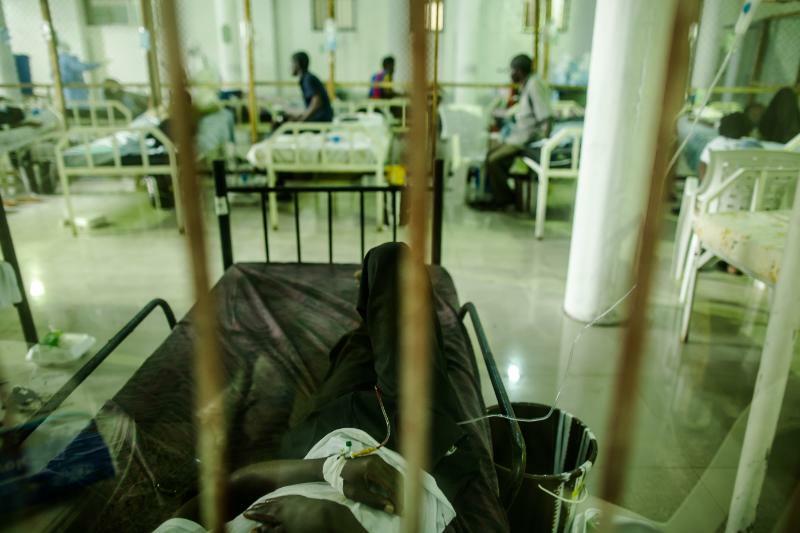 A patient admitted to the ETU at Island Clinic in Monrovia, Liberia on September 22, 2014 resting in his bed with an IV. USAID helped the Government of Liberia and WHO open this facility, which was filled to capacity in one day. Photograph by Morgana Wingard, courtesy of USAID 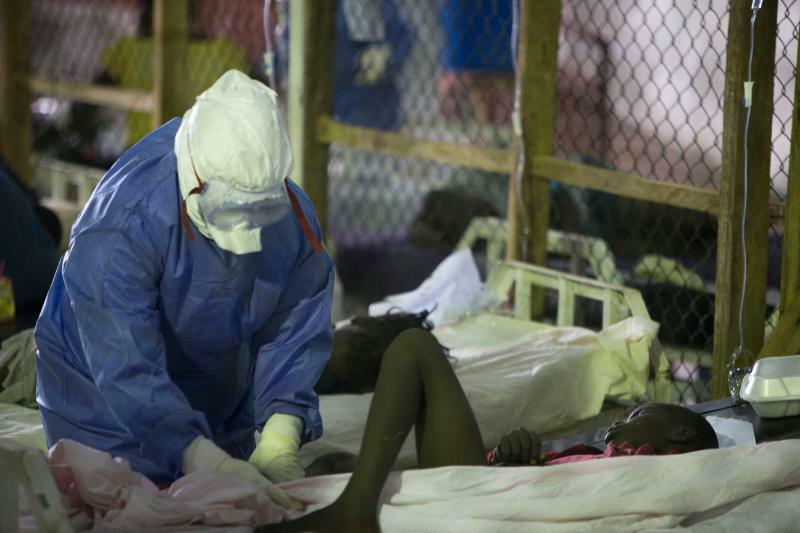 A Ugandan health worker wearing PPE treats a patient with Ebola virus disease at the Island Clinic in Liberia. The clinic opened its doors as an ETU on September 21, 2014, and within 24 hours was filled beyond capacity. Photograph by Christopher Black, WHO

In the initial days of the epidemic, Ebola virus disease mortality rates were as high as 60%. Most hospitals in West Africa lacked the equipment to provide even basic supportive care and isolate suspected Ebola patients from the rest of the general hospital patients.

We know that early isolation and treatment with fluids and other care offers patients the best chance to survive Ebola. Providing early oral and intravenous fluids (IV) and balancing electrolytes (body salts) addresses the dehydration caused by vomiting and diarrhea. Maintaining oxygen status and treating other infections if they occur help stabilize patients. Survival rates improved once people began to seek treatment at the first signs of symptoms and access to care facilities improved.

Through early fall 2014, the sheer number of people who needed to be evaluated for suspected Ebola virus disease overwhelmed health systems. People who were sick often had to travel many hours to reach a treatment facility. If they survived the journey, they were not guaranteed a bed. Particularly in rural areas, people were often afraid of seeking treatment because people who did so were often not seen again.

As part of an evolving strategy, Community Care Centers (CCCs) were established in rural communities. Simple and low-tech, CCCs provided isolation areas and basic care for people suspected of Ebola virus disease, while they awaited results of diagnostic tests. If the test was positive or as the patient became sicker, the patient was transferred to an ETU. 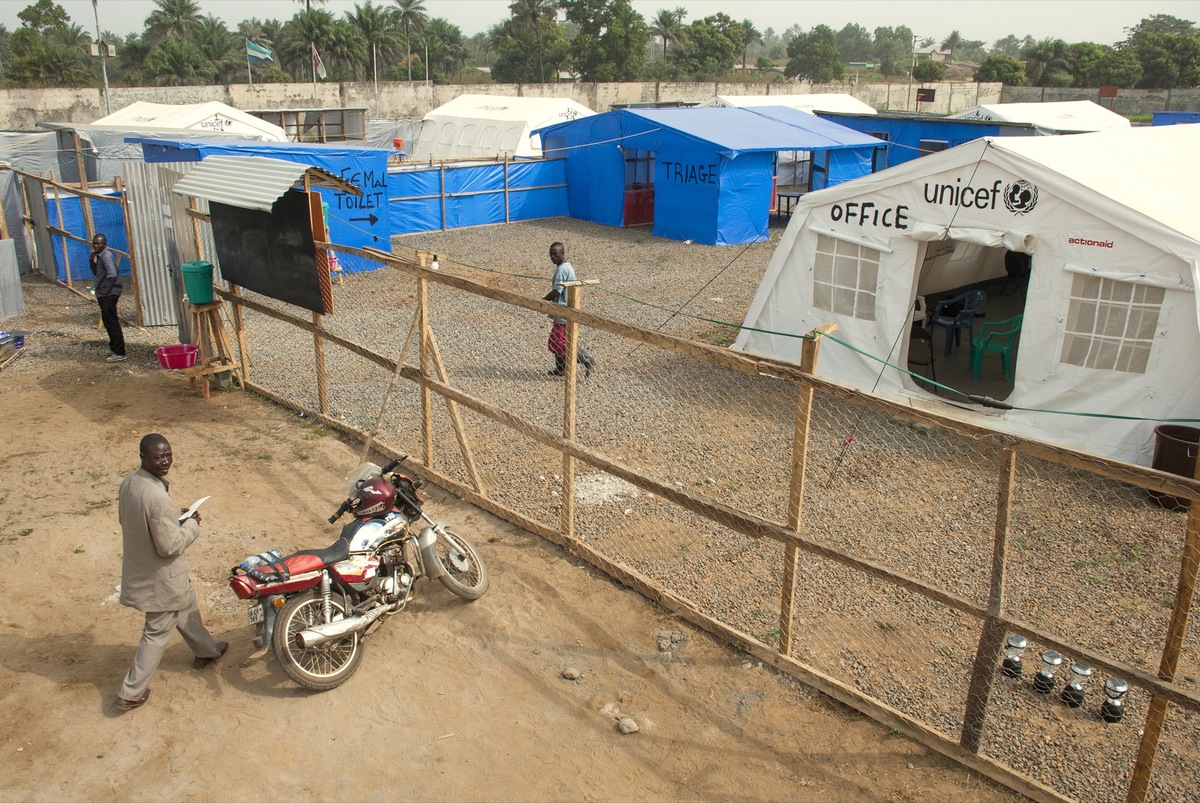 Although some responders predicted that CCCs would spread rather than control the disease, the increase in available isolation beds may have helped to reduce the number of cases. Family members appreciated the fact that they could keep an eye on their loved ones. The CCCs reduced fear and increased knowledge about the disease.

Other alternatives were transit or holding centers, places where people came to be diagnosed, and, if necessary, be treated while waiting for an ambulance to move them to an ETU for care.

Rapid Isolation and Treamtent of Ebola

Beginning in early October 2014, CDC and partners, including UNICEF, designed a strategy of rapid isolation and treatment of Ebola in Liberia (RITE). This strategy controlled outbreaks faster, and supported the care of patients in remote areas, cutting the time to control outbreaks in half, and doubling survival rates. 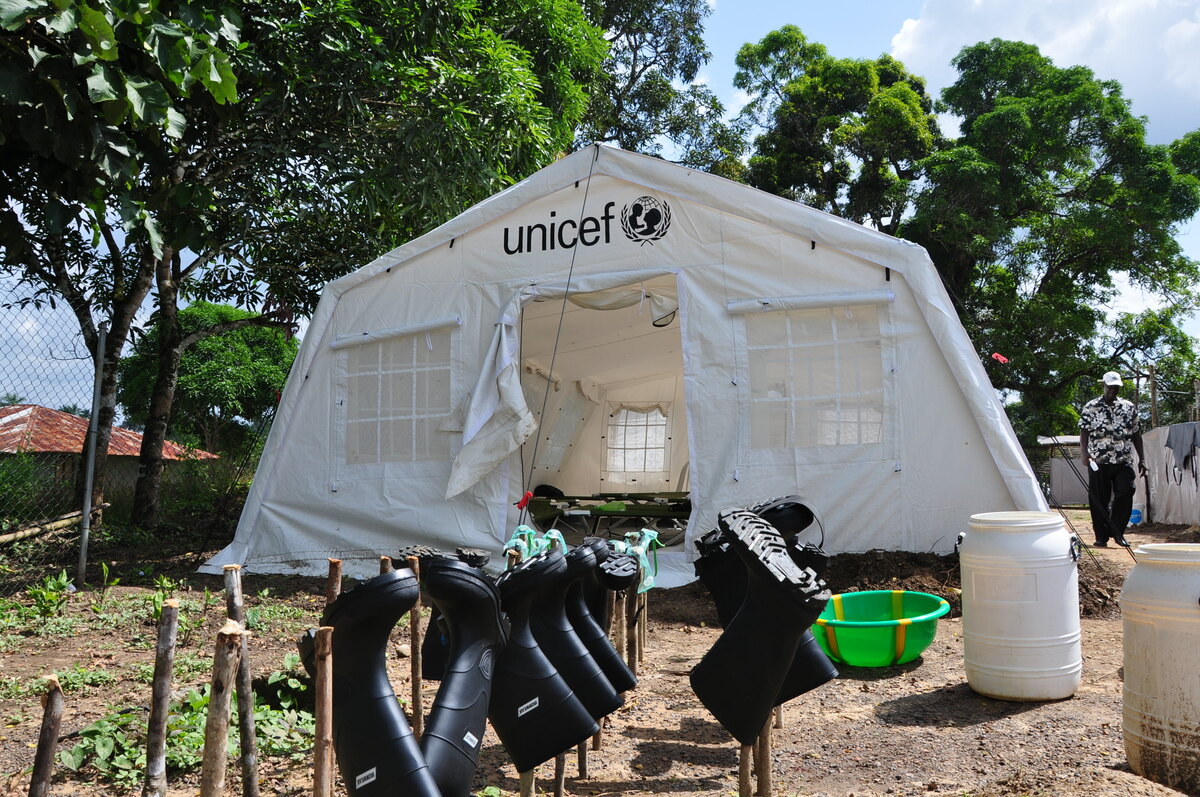 In the early days of the epidemic, the inability for family members to witness what was happening to their loved ones in ETUs fed dark suspicions, resulting in some attempted rescues. In response, MSF and others advocated for ETUs to be designed without high, opaque walls to minimize fear of facilities. This simple design modification permitted family members to visit loved ones in ETUs, either by talking with them across the fence or inside the ward wearing PPE. 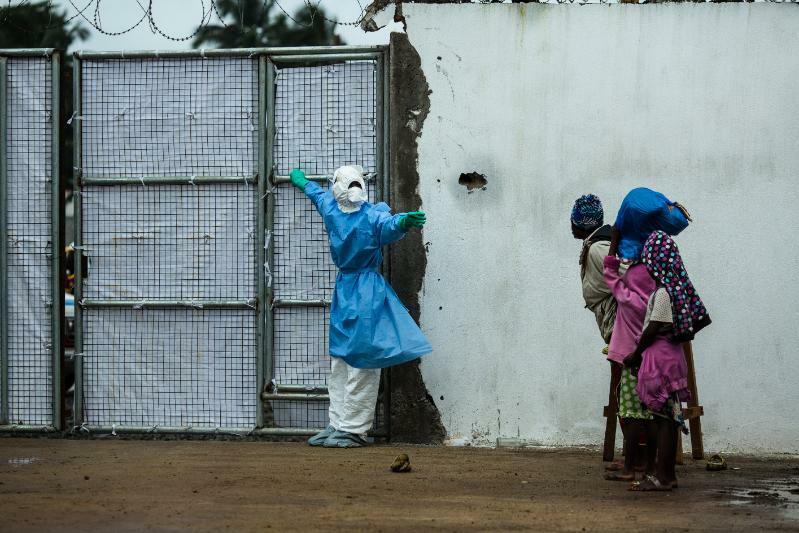 A health care worker wearing PPE asks a family to step aside as he opens the door for an ambulance exiting the ETU at Island Clinic in Monrovia, Liberia, September 22, 2014. Photograph by Morgana Wingard, USAID 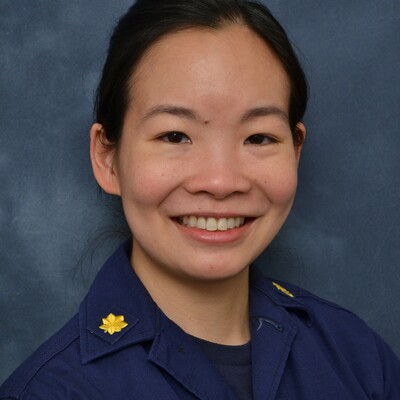