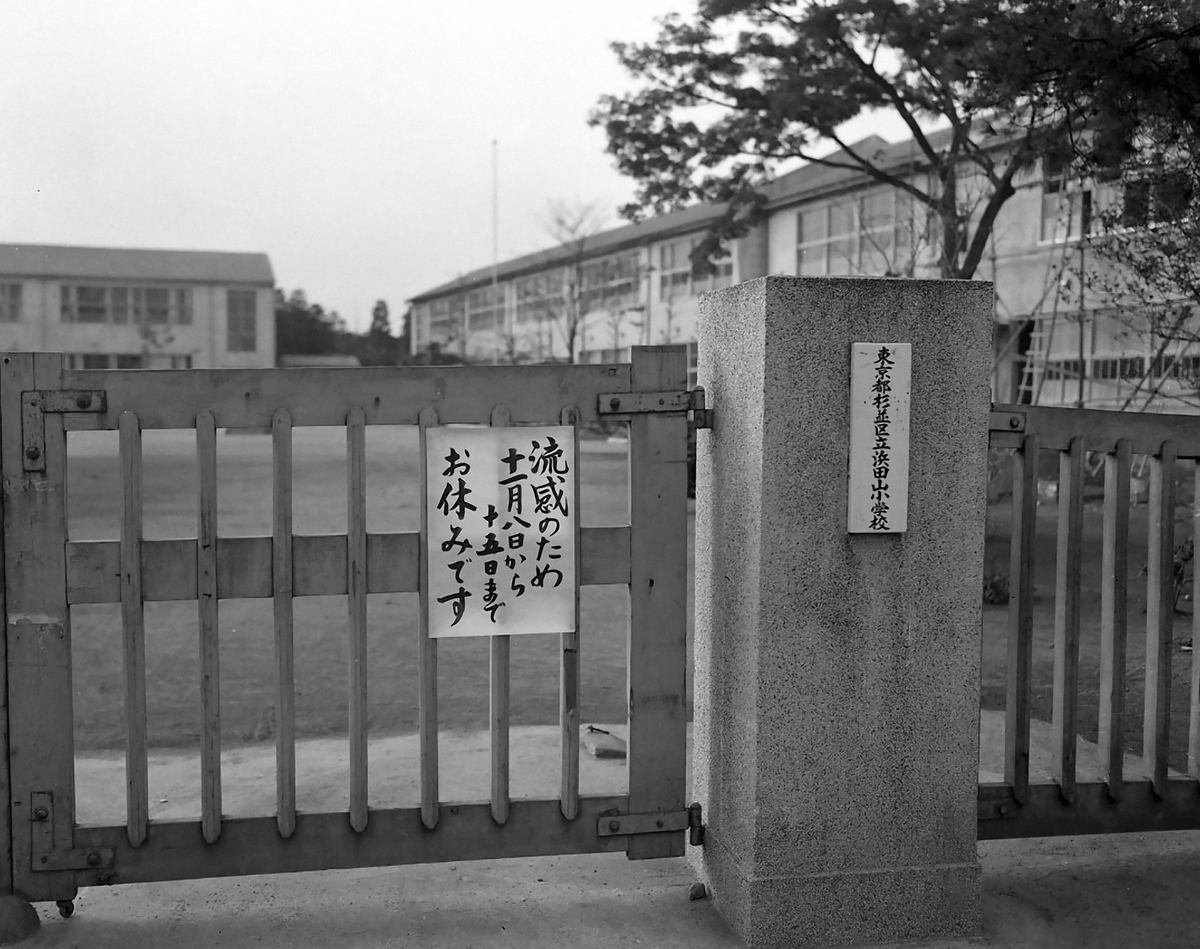 The 1957 pandemic disrupted everyday life throughout the world. A sign on a Tokyo school gate announces the temporary closure of the school due to the pandemic. CDC and other public health agencies were concerned that the U.S. would suffer similar circumstance should no public health interventions be put in place. 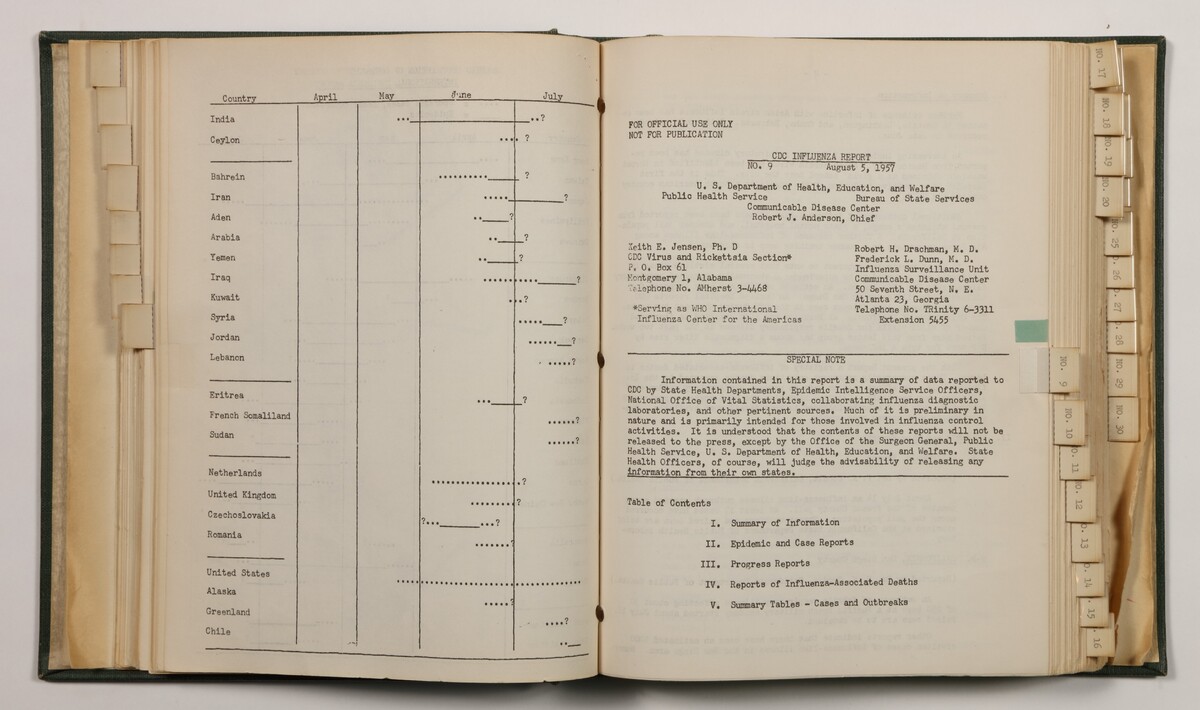 CDC Takes the Lead: Influenza Surveillance in the U.S

The first U.S. outbreaks of pandemic flu occurred in June among military personnel in Rhode Island and California. Sporadic outbreaks continued throughout the summer. Under the direction of U.S. Surgeon General Leroy E. Burney, a comprehensive national program was begun for pandemic vaccine development, education of healthcare workers, and enhanced surveillance to combat the emerging influenza pandemic before it hit civilian communities in the fall.

CDC played an essential role by informing all state health department laboratories and collaborating laboratories of the looming pandemic, and alerting all CDC epidemiologists to the possibility of emergency field duty. 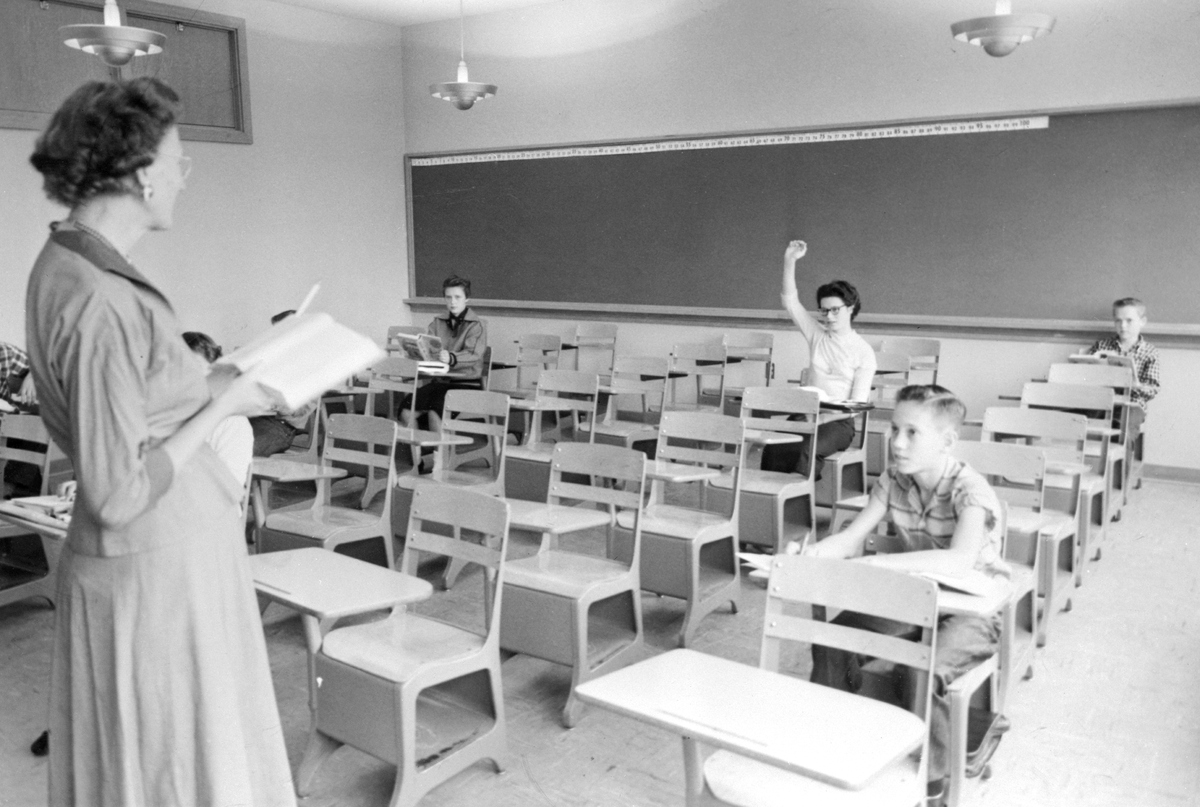 Reporting and counting each individual case of influenza infection, as was attempted initially in the 1957 pandemic, was an impossible task. More effective indexes, such as absentee reports among students and employees, were used by CDC when conducting surveillance during the pandemic. Here, a nearly empty classroom shows the student absence that the pandemic caused.

This short film walks the public through the federal public health response to the 1957 pandemic. Using surveillance information generated by CDC for graphic representation of the spread of the virus, Surgeon General Leroy Burney along with other medical experts were able to explain the how the virus spread from around the world, what the influenza virus is, what to do when sick with influenza, and how newly created influenza vaccines made to prevent infection against the 1957 pandemic influenza virus would help protect communities.

The film is a product of its time, filled with Cold War era rhetoric used to explain the public health measures used during the 1957 pandemic as well as the stigmatizing usage of “Asian” to describe the virus.