During the 1957 pandemic, an estimated 1.1 million people died worldwide, including 116,000 people in the U.S. It was considered impressive that 5 million cubic centimeters of vaccine were prepared quickly after the arrival of the virus in U.S. However, some experts commented that, should a new influenza virus emerge in the U.S. or emerge as manufacturers were producing seasonal influenza vaccine, a pandemic vaccine would not be available in time to provide significant protection for Americans.

After the pandemic, Surgeon General Leroy Burney suggested that the U.S. could be better prepared. He recommended the development of new strategies to quickly produce pandemic vaccine.  He also recognized the need to increase technical training, augment supply of diagnostic materials to collaborating laboratories, and quickly complete antigenic studies of new influenza viruses to improve CDC’s influenza surveillance capabilities.

Click on the thumbnail to see the full book

After the pandemic subsided in early spring 1958, educational programs to inform physicians about the scientific findings gathered from the pandemic were planned. This booklet published by the CDC Epidemiology Branch compiles epidemiological graphs as a teaching aid. 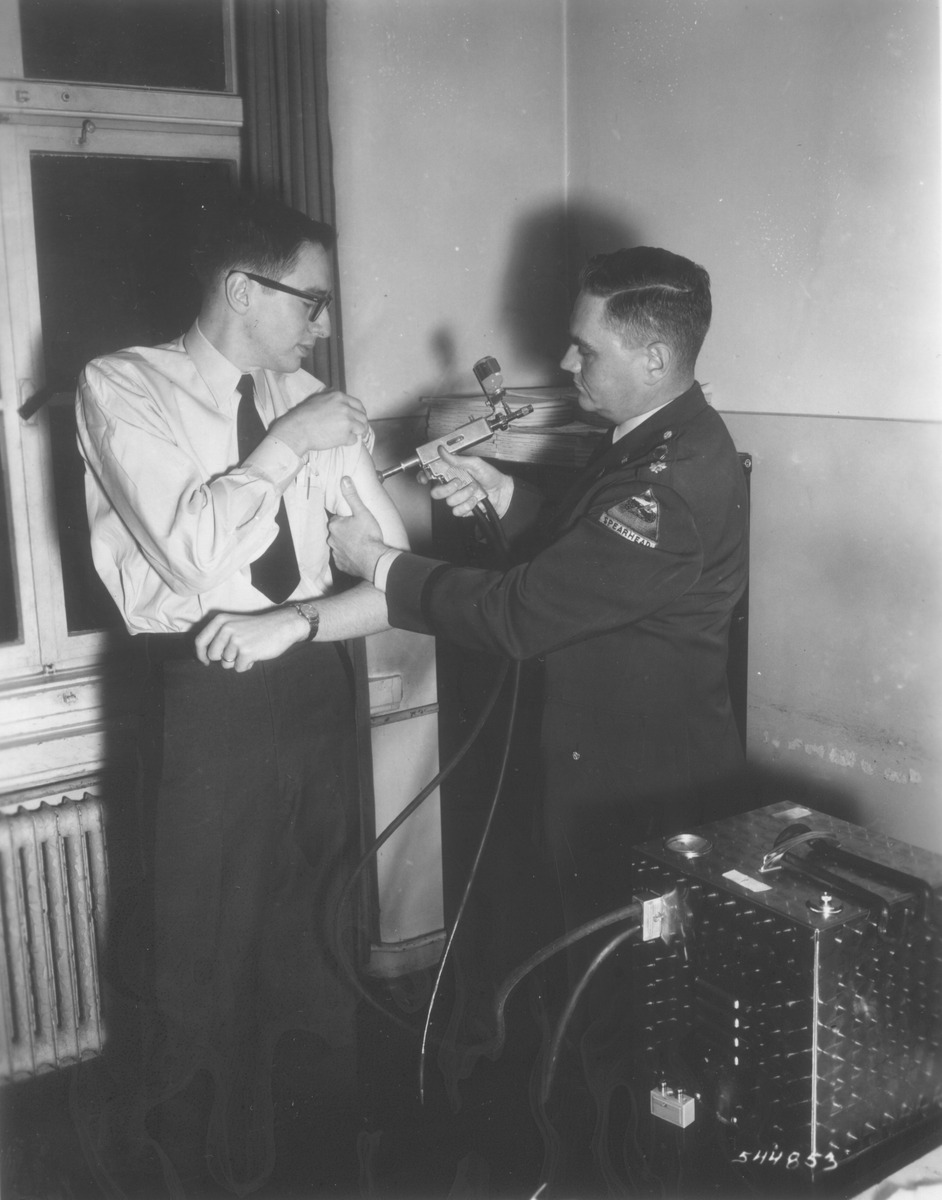 Major Thomas B. Dunne injects an influenza vaccine by Press-o-Jet, 1958. 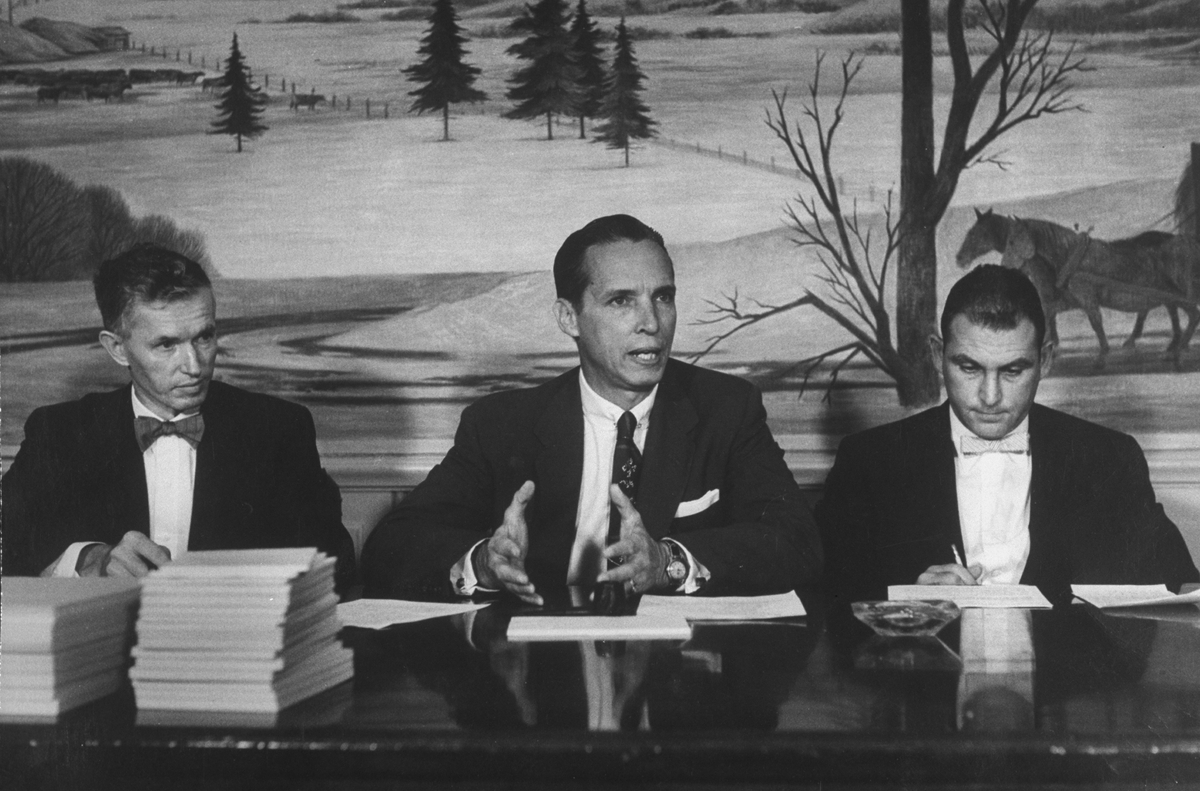 Recommending Who Should Receive Influenza Vaccines

During the 1957 pandemic, the U.S. Surgeon General announced that certain groups whose services were considered essential for community functioning or who, in a physician’s opinion, were considered medically high risk, should receive the pandemic vaccine first. But data gathered by the Advisory Committee on Influenza Research showed that people with chronic conditions, pregnant women, and the elderly were most likely to die of influenza.

To prevent excess influenza deaths in these groups from reoccurring, the Advisory Committee on Influenza Research recommended in 1960 that people at high risk for complications or death from influenza, people in close contact with these groups, and healthcare workers be vaccinated annually. CDC was charged with creating a plan to educate professionals and the public about who should receive a flu shot each year.

In 2010, ACIP recommended that every person six months and older should receive an annual flu vaccine. 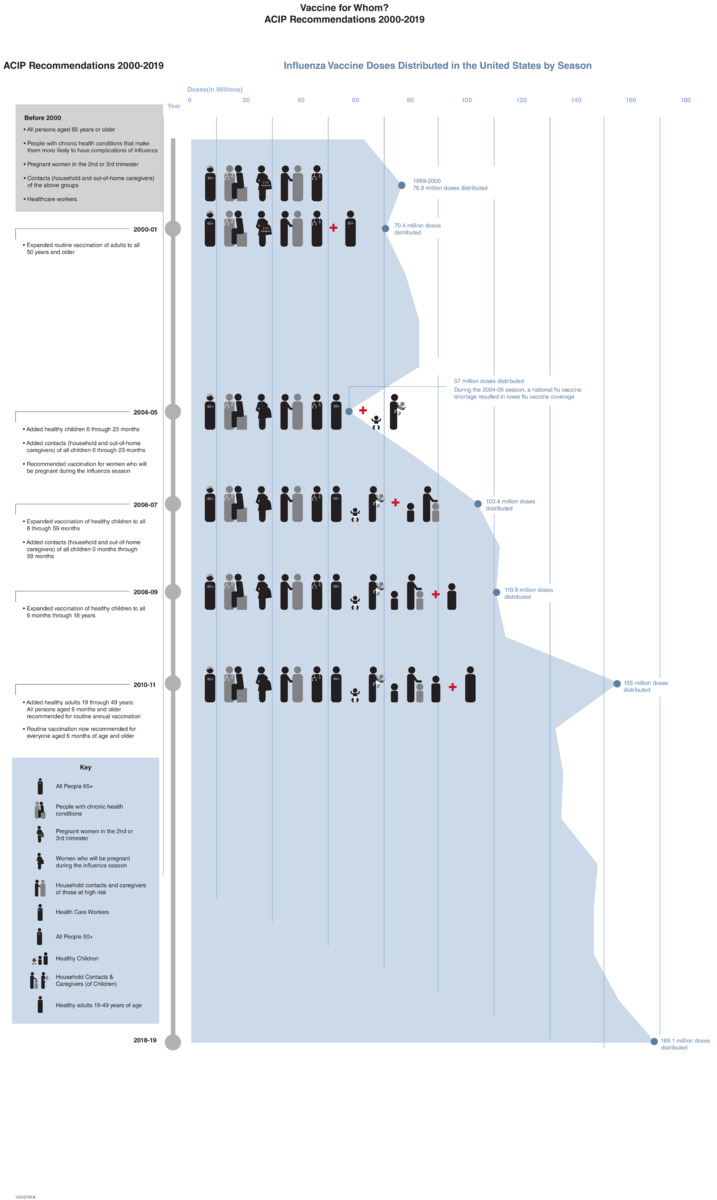 Click on the thumbnail to see a full size image 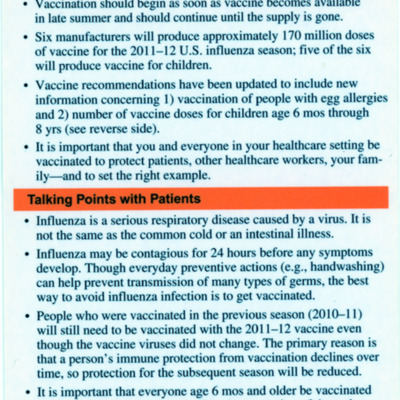 Courtesy of the Immunization Action Coalition 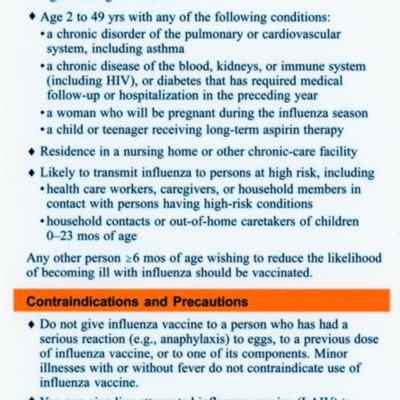 In 1960, CDC recognized the importance of educating medical professionals and the general public about annual flu vaccination. Fact sheets with technical terms were published in medical journals and mailed to doctors’ offices.

Since then, medical professionals have received information about annual flu vaccine recommendations through different platforms. For example, as recommendations for flu vaccination evolved, the Immunization Action Coalition, a CDC public health partner, created pocket guides with technical information for physicians to have on hand. 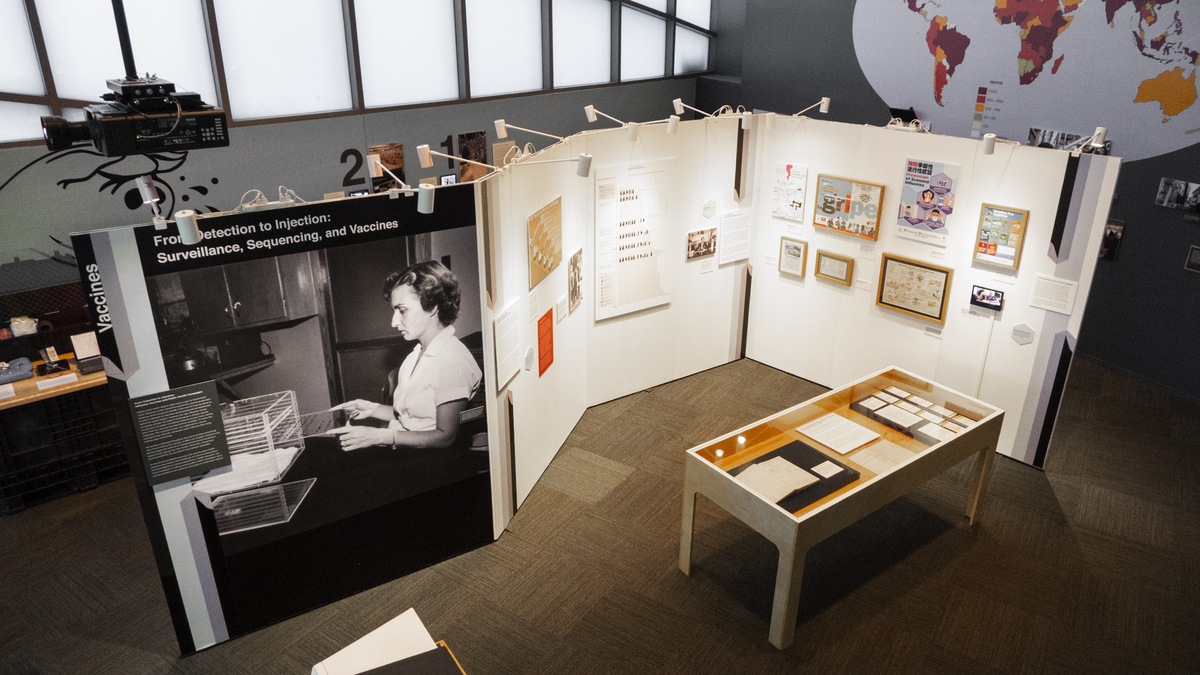 By far, the greatest legacy of the 1957 pandemic is the formation of regulatory committees dedicated to informing the public about who needs an influenza vaccine each year. In 1960, the U.S. Surgeon General called for annual vaccination of at-risk groups, and tasked CDC with creating a plan to ensure that groups recommended for annual vaccination would be vaccinated. In response, CDC created public outreach programs urging people in those groups to receive annual flu shots to protect themselves from seasonal flu. As flu vaccine recommendations evolved, CDC and public health agencies adapted their strategies to reach target audiences.

Whether through posters, radio or television public service announcements (PSAs), brochures, or witty songs, public health agencies around the globe stress the importance of flu vaccination. 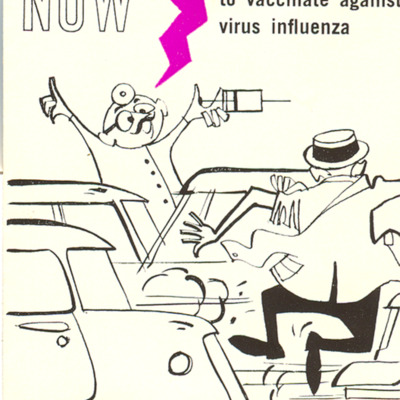 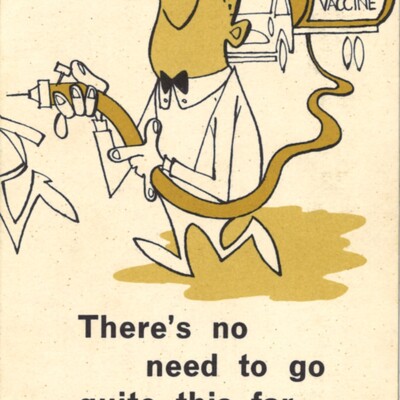 Card mailed to Australian doctors’ offices in the late 1940s 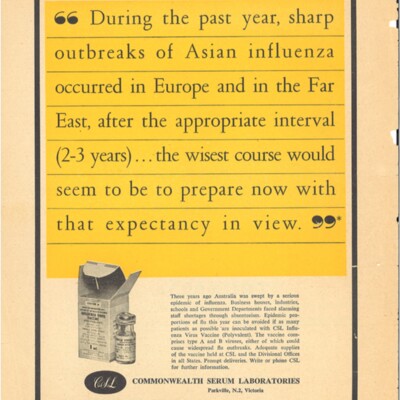 Influenza vaccine advertisement that appeared in the Medical Journal of Australia, March 30, 1963

Prior to 1962, Commonwealth Serum Laboratories (CSL) had little direct contact with the medical profession, so advertising was limited to medical journals and advertisements sent to doctors’ offices. After 1962, CSL began to establish an Australia-wide network of medical representatives who visit doctor’s offices to help spread the word about influenza vaccines and routine influenza vaccination.