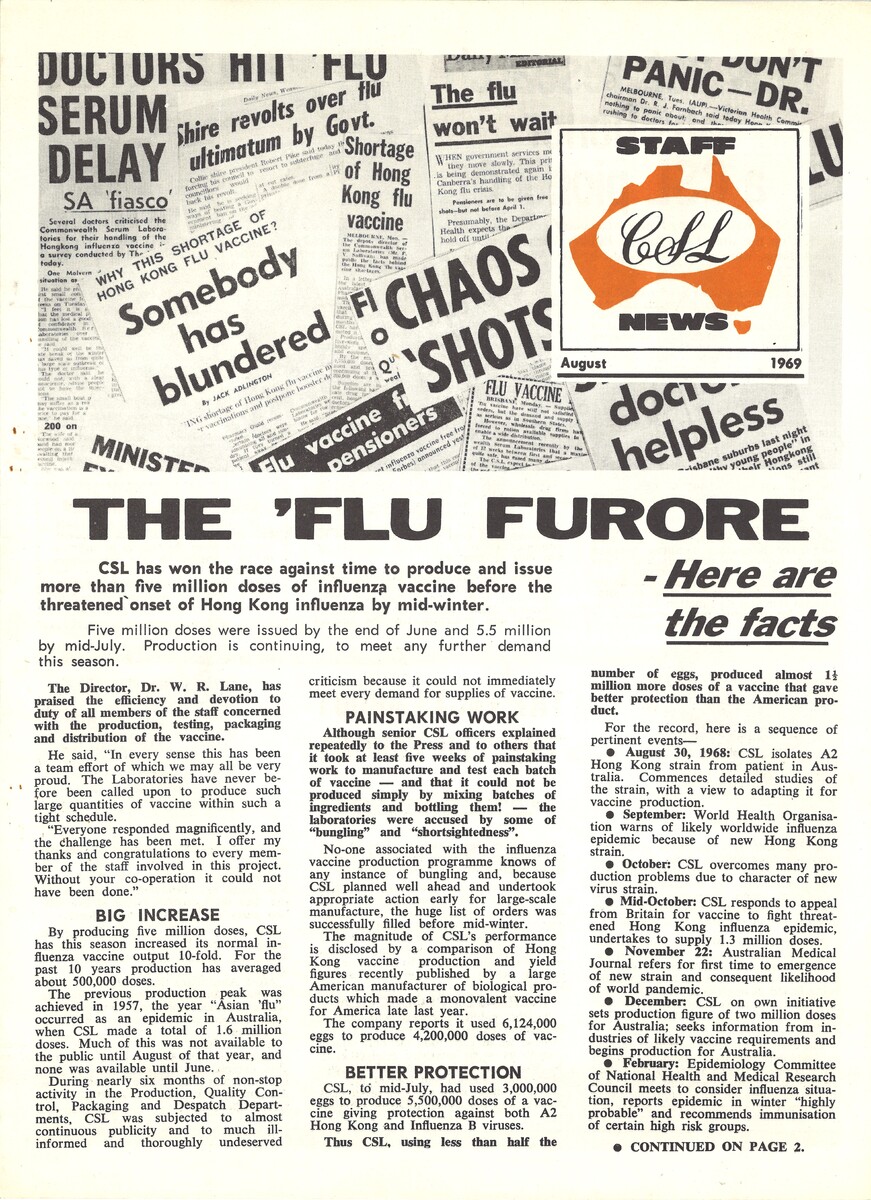 In the summer of 1968, after reports began to circulate of a novel influenza A virus spreading from Hong Kong, public health agencies around the world prepared for a pandemic. Fearing winter outbreaks, British public health authorities requested that Commonwealth Serum Laboratories (CSL) in Australia manufacture and ship more than 1 million doses of influenza vaccine to Britain. This request launched an intense program to produce enough vaccine for British citizens, as well as for Australian citizens.

Despite the criticism, CSL pushed forward and manufactured more than 5 million doses, while Australian public health officials continued to encourage the public to be vaccinated. 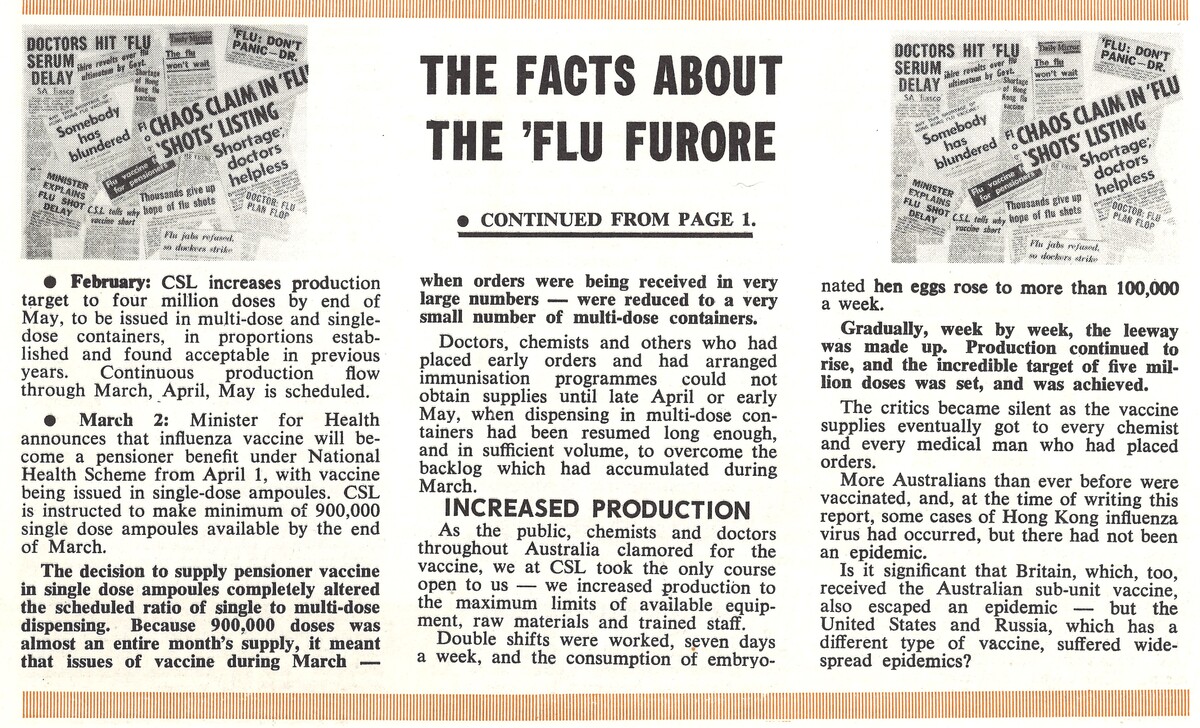 Advertising materials encouraged concerned Australian citizens to contact their physicians to receive influenza vaccines. The Australian Epidemiology Committee and the National Health and Medical Research Council advised a “double-dose course” for people with chronic conditions, pregnant women, the old, and the very young, and did not recommend giving the vaccine to healthy people. 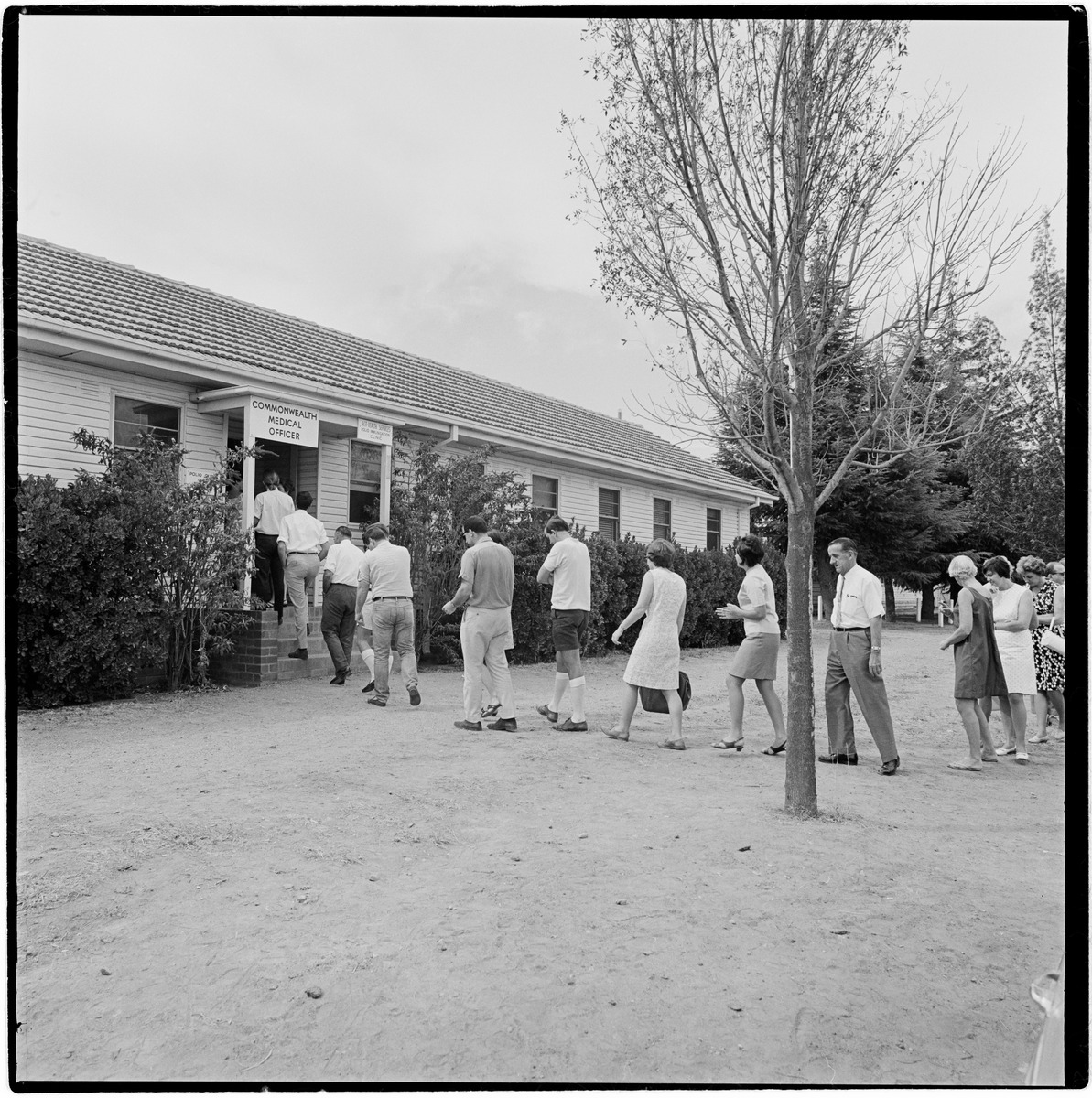 From the collection of the National Archives of Australia

People wait in line for their influenza vaccinations in Canberra, Australia, 1968

Commonwealth Serum Laboratories’ decision to ship more than one million influenza vaccines to Britain was widely criticized. Many physicians and members of the public voiced their frustrations that they were not able to receive the vaccine as quickly as they would have liked. When the vaccine did arrive, doctors had anticipated that many people would line up to receive an influenza vaccine.