CDC Actions During the 1968 Pandemic 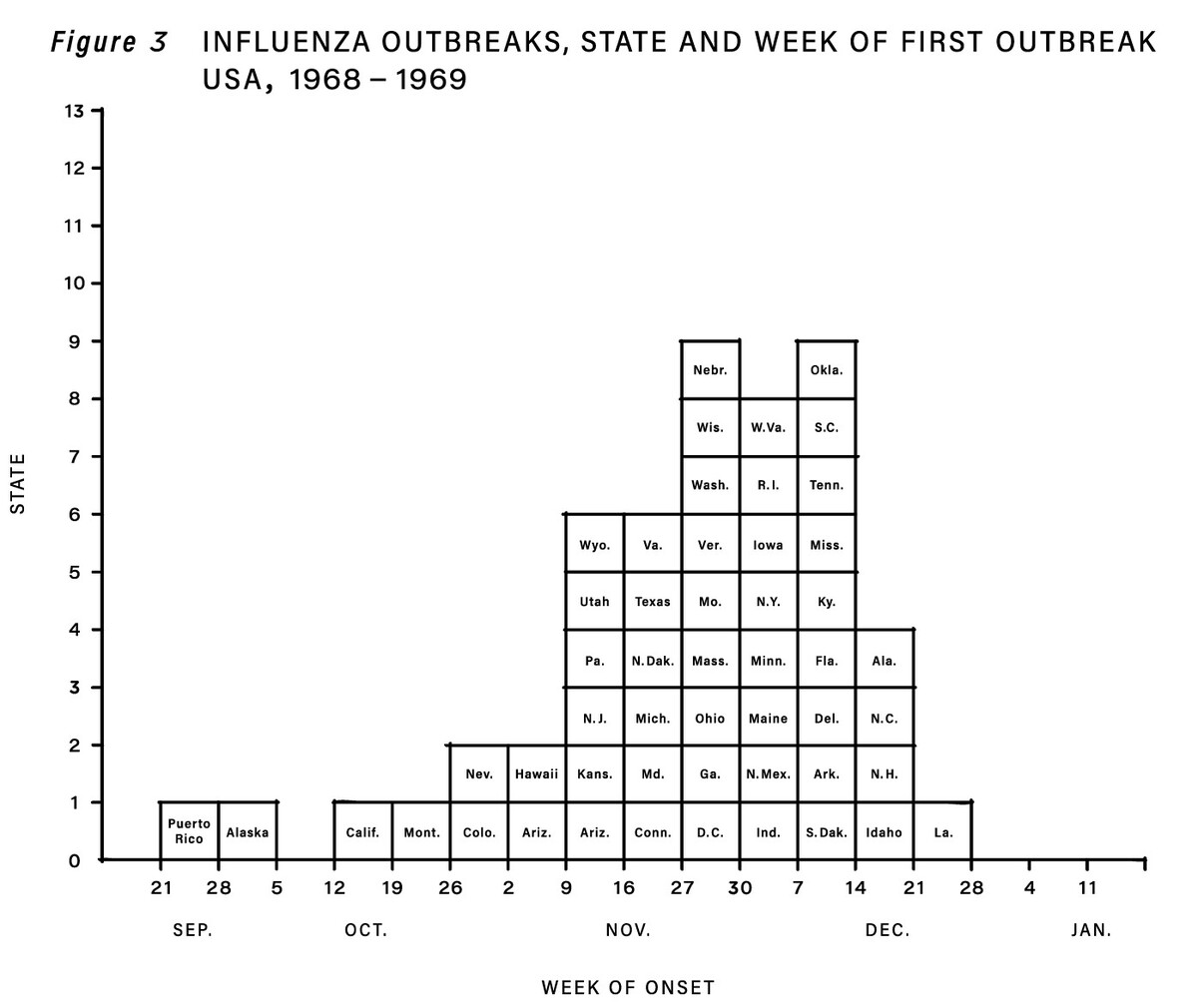 On July 13, 1968, a government clinic in Hong Kong noted a unusual and sudden increase of patients with influenza. In July 1968 alone, Hong Kong reported around 500,000 cases of influenza like illnesses, the largest outbreak since 1957. The National Influenza Center at the University of Hong Kong isolated a new strain of the influenza virus: influenza A(H3N2) and promptly sent samples to the World Influenza Center in London and CDC to confirm.

After CDC received the samples from Hong Kong and confirmed the new strain, CDC began to prepare the U.S. for the possibility of the spread of the new strain of influenza virus in the U.S. Investigations reported in the Morbidity and Mortality Weekly Report found that influenza A(H3N2) primarily in those returning from Asia during the summer. The first outbreaks in the U.S. occurred during October. Unlike other countries in North America, the U.S. experienced a high level of excess deaths1 during 1968. Other countries experienced a high level of excess deaths during 1969. 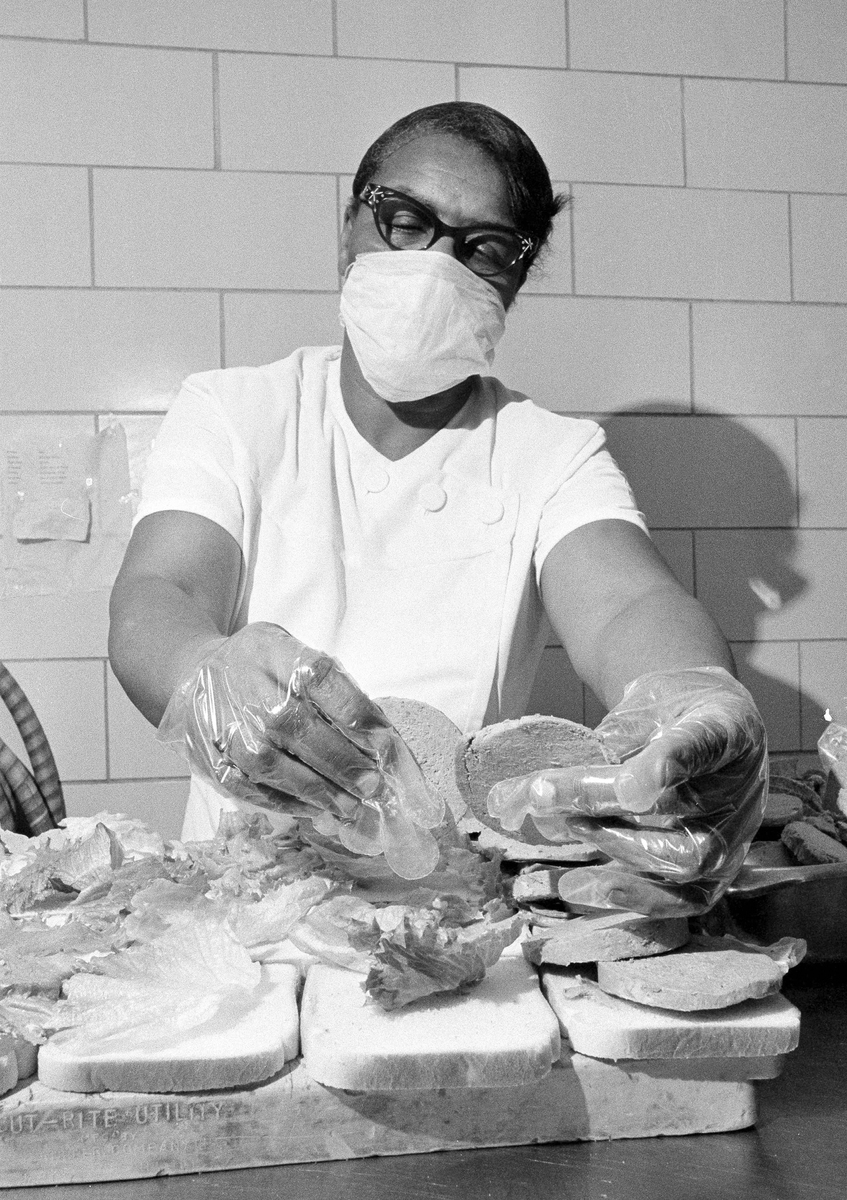 Although the influenza A(H3N2) caused mild illness compared to the 1918 and 1957 pandemic, severe infections did occur. In Philadelphia, visits to hospitalized patients were suspended and hospital dietary workers were required to wear masks to protect themselves during the pandemic. 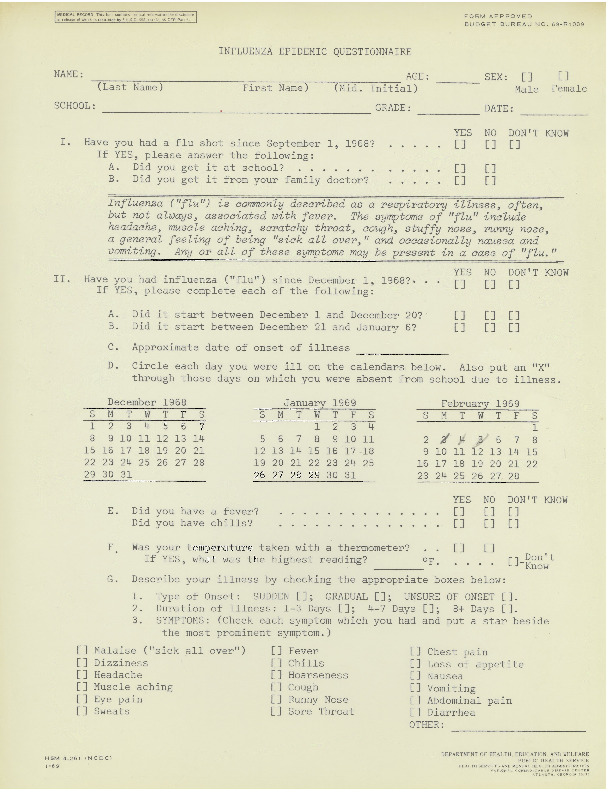 Increased influenza surveillance was one of the lessons from the 1957 pandemic applied to the 1968 pandemic. To track the influenza pandemic in the U.S., CDC used a variety of different methods. School absenteeism and school closings, two of the methods used, gave CDC epidemiologists accurate data on some of the effects of the pandemic. 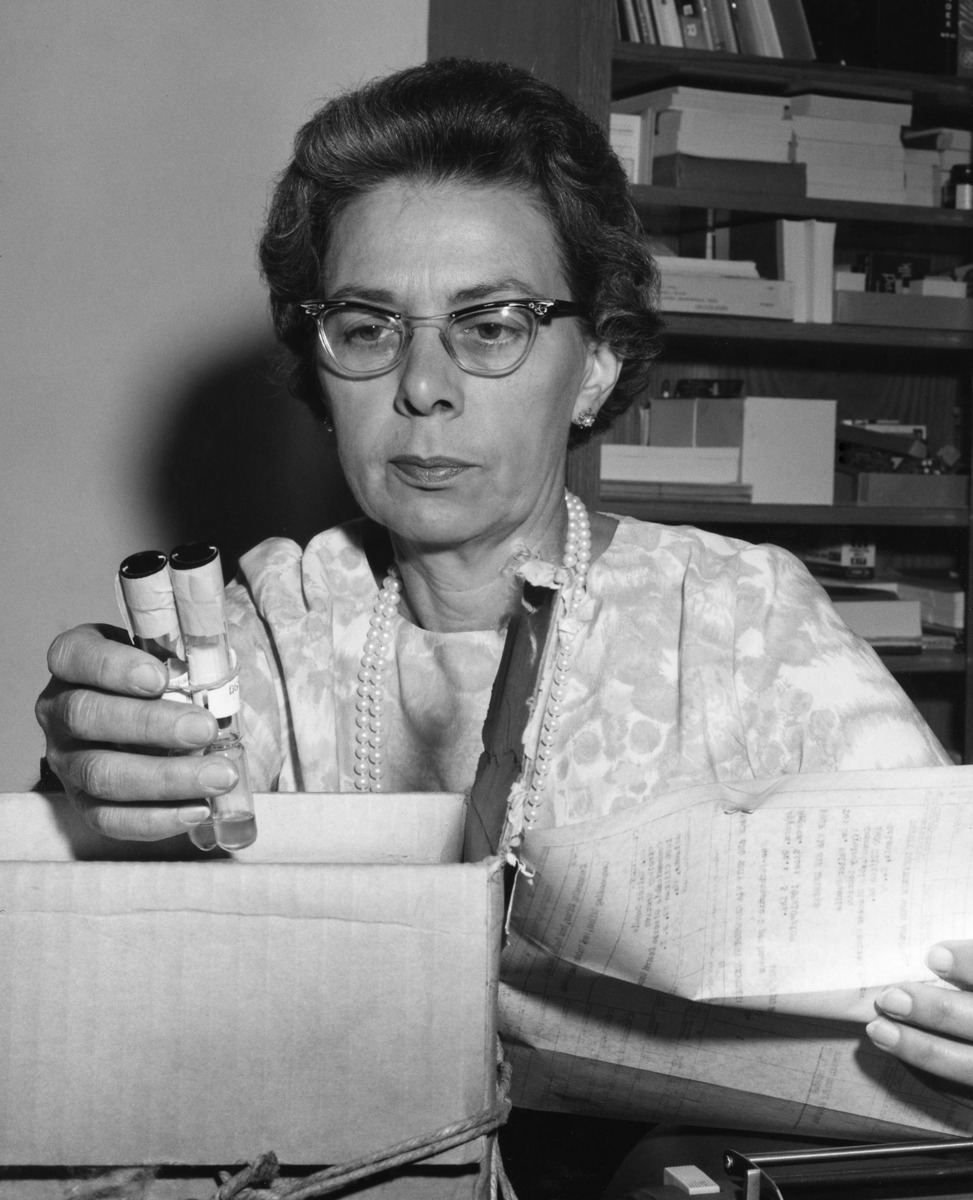 Influenza Vaccines in the 1968 Pandemic

In 1968, CDC isolated, identified, and sent candidate vaccine viruses to manufacturers much faster than it had in 1957. Despite being prepared earlier, vaccines were not released until after the peak of the pandemic in the fall of 1968. Although distributing vaccines before the peak of the pandemic would be ideal, public health officials speculated that a shorter duration between identification and vaccine distribution was not possible.