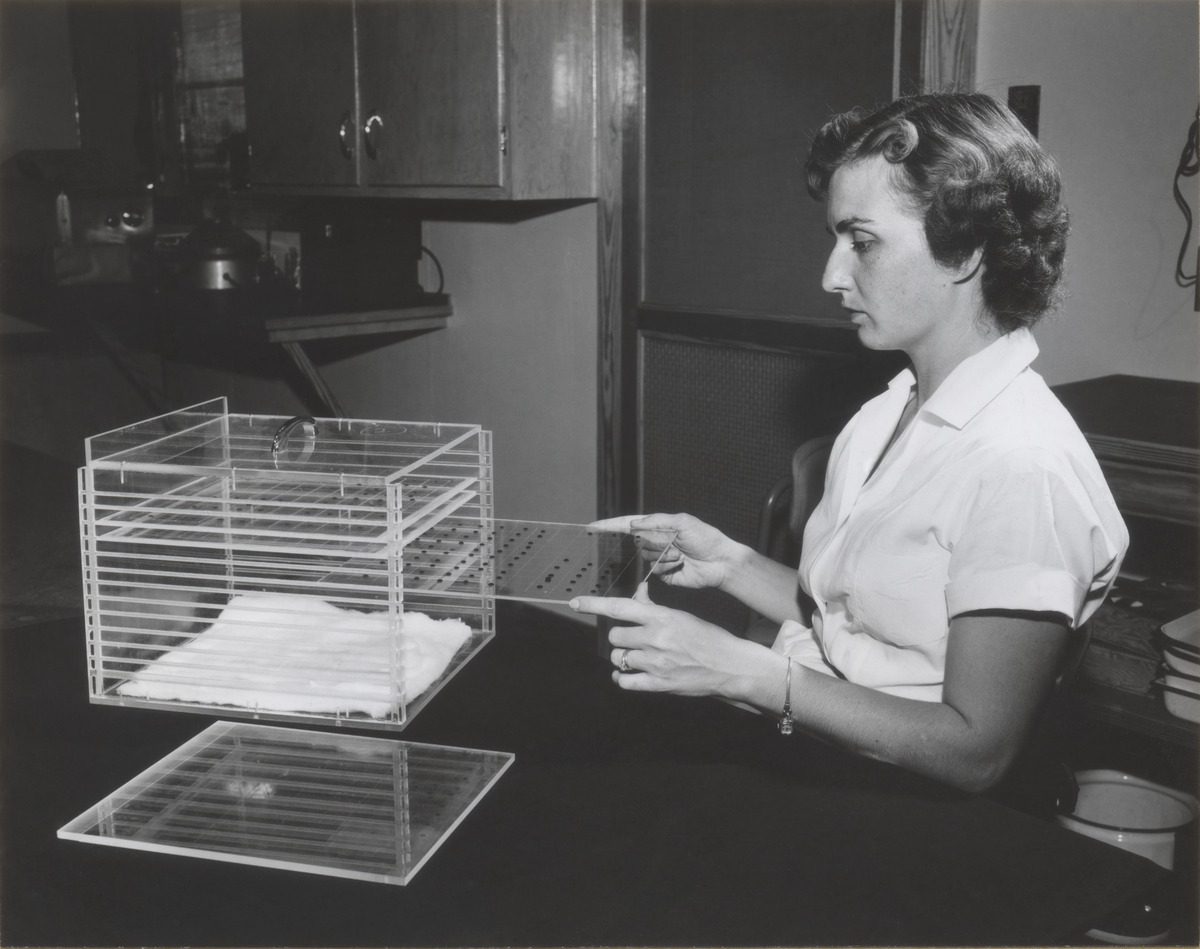 In 1957, CDC’s Estie Pepper holds a rack used to hold complement fixation test plates at the Viruses and Rickettsia laboratory when it was located in Montgomery, Alabama. This test determined how antigenically similar two influenza viruses are to one another.

From Detection to Injection: Influenza Vaccines and Public Health Campaigns

Global public health leaders meet twice a year to recommend which influenza viruses should be used for flu vaccine production. Selecting which viruses to include in the vaccine must be done six months in advance so vaccines can be produced and distributed before flu season begins. However, the way influenza viruses constantly change can make it challenging to choose vaccine viruses that will match circulating influenza viruses many months later, when flu vaccines become publicly available. To tackle this challenge, CDC scientists today use traditional flu vaccine manufacturing methods, alongside newer methods that utilize cutting-edge technology.

Yet another challenge throughout the years has been prioritizing who should receive the vaccine. In 1960, U.S. Surgeon General Leroy Burney began the practice of making annual recommendations about priority groups for vaccination. Since then, the groups recommended for flu vaccination have greatly expanded.

As the recommendations evolved, CDC and its public health partners have faced a third challenge of communicating these recommendations to diverse populations. Health educators use many strategies in crafting annual public health campaigns—all to educate people on why getting vaccinated is in their best interest. 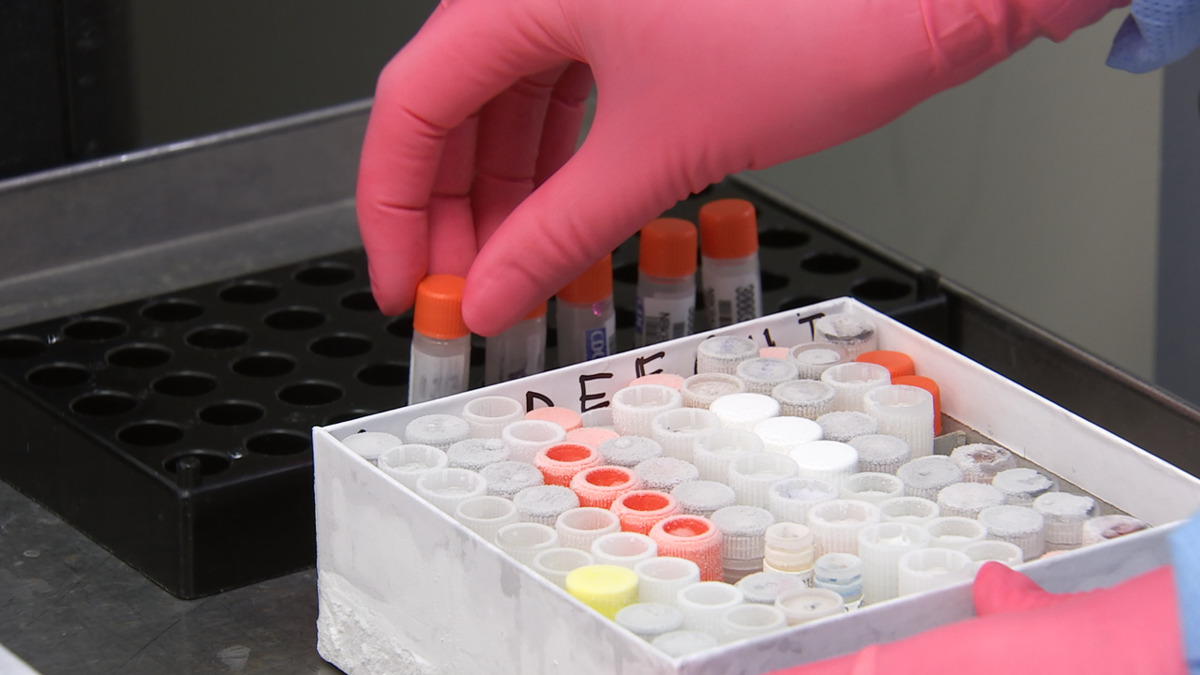 A CDC scientist unpacks influenza samples that have been sent to CDC for testing.

Staying One Step Ahead: Creating Flu Vaccines Every Year

As influenza viruses constantly change, the formulation of seasonal flu vaccines for each hemisphere is reviewed and updated each year, as needed. The goal is make a “good match” between the recommended candidate vaccine viruses (CVVs)1 and the influenza viruses circulating among people.

Scientific advances in the decades following the influenza virus’ isolation in 1933 set the stage for the creation of flu vaccines. Australian scientist Frank Macfarlane Burnet’s discovery that flu viruses grow well in chicken eggs paved the way for the use of egg-based flu vaccine manufacturing techniques. This made it possible to support an annual flu vaccination campaign. During World War II, U.S. Army field trials showed how flu viruses could change quickly and that continual surveillance would be needed to produce an effective flu vaccine each year.

Throughout the 20th century and into the beginning of the 21st century, new techniques to study and track circulating influenza viruses have been developed. Despite advances in technology, today the most common method for developing influenza vaccine still involves the use of chicken eggs. However, new vaccine technologies – such as cell-based vaccine and recombinant vaccine – have the potential to improve the way flu vaccines are made each year. 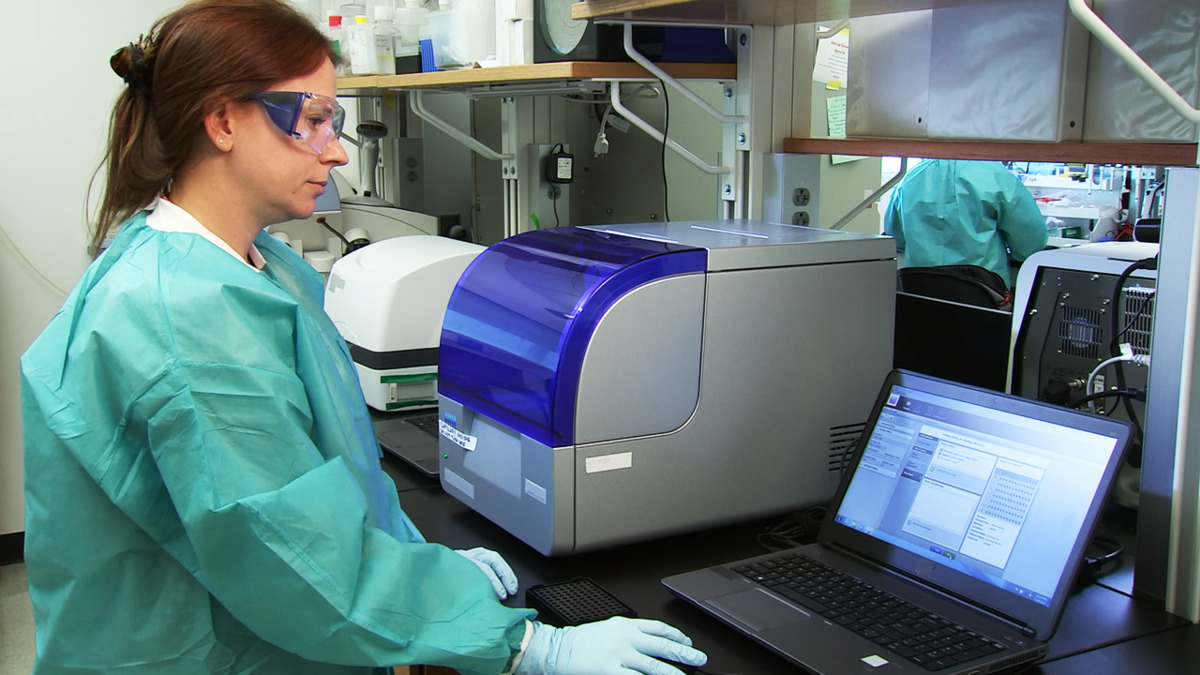 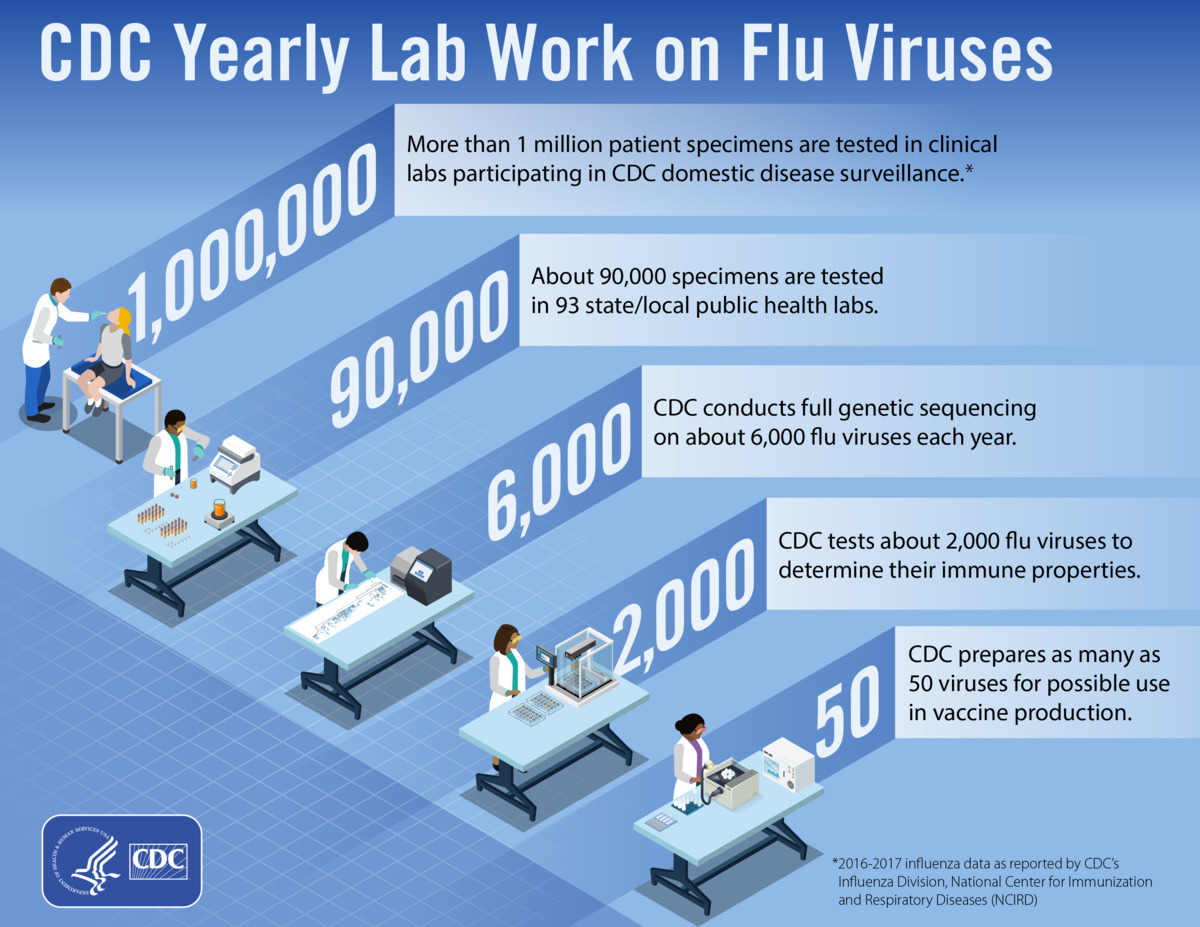