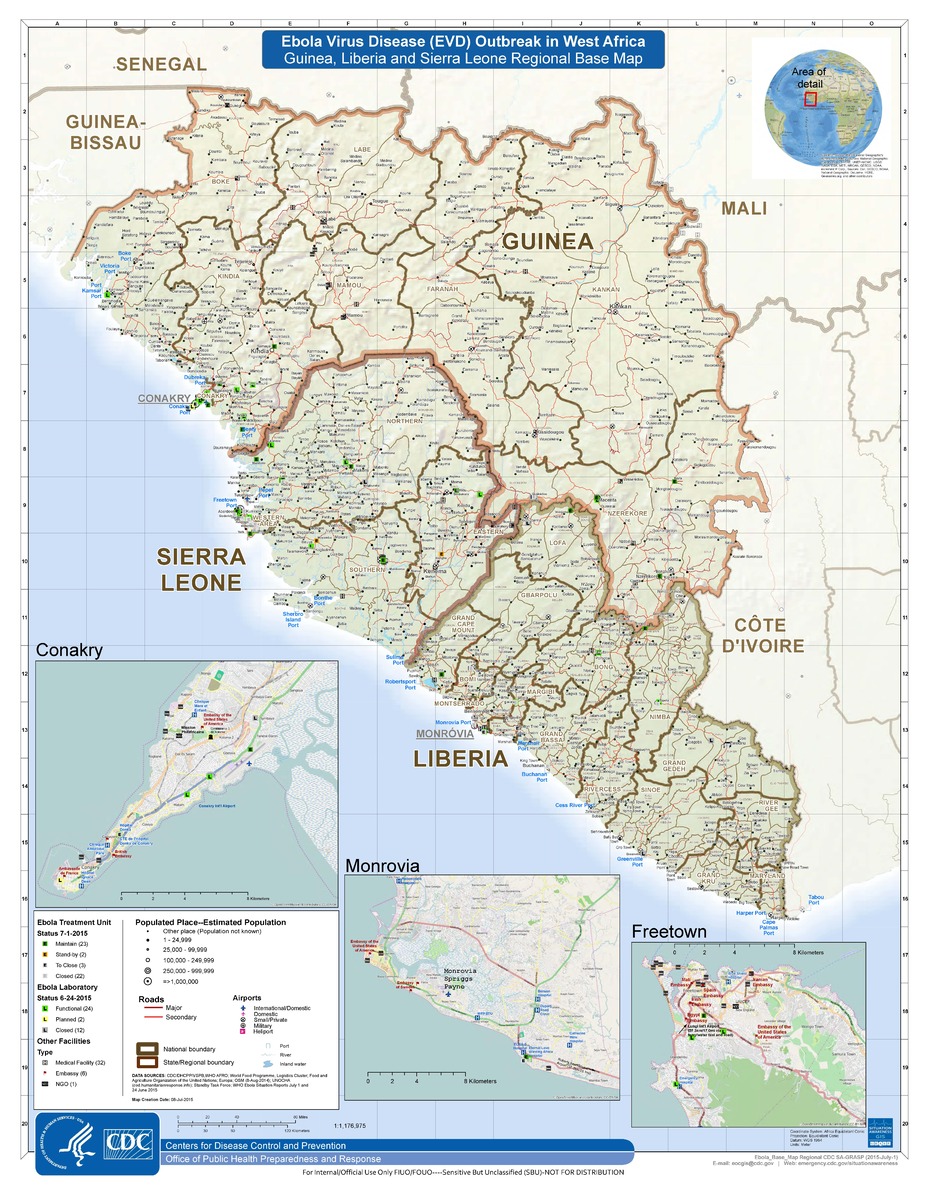 Both a humanitarian and public health crisis, the 2014-16 West African Ebola epidemic was the largest in history, with 28,652 suspected, probable, and confirmed cases, including 11,325 deaths—11 times the number of cases of all previous Ebola outbreaks combined.

While this epidemic was unprecedented, so was the public health response launched by CDC and its partners. Strategies to treat, control, and prevent Ebola in West Africa were similar to those applied to previous outbreaks: patients must be treated in safe environments with strict infection controls. Systems must be in place to detect cases in order to understand how the epidemic is spreading, to isolate patients, and to isolate any persons an Ebola victim has come in contact with until their disease status is known. Responders must work with local communities on grassroots levels not only to bring awareness about Ebola, but also to come up with culturally-appropriate practices to prevent the spread of Ebola.

What distinguished this epidemic from past outbreaks was the wide geographic area over which it was spread, and the fact that Ebola occurred in both urban and rural areas in countries that had never experienced the disease. How these control and prevention strategies were applied and implemented by CDC, global partners, governments, non-governmental organizations (NGOs), communities, and individuals is the overarching story of this exhibition. We also tell the story of how the U.S. coped with treating health care workers who were infected in West Africa, with an imported case that spread to two health care workers, and with another epidemic: public fear.

There is much to criticize about the response, but also much to praise. We hope that the lessons learned will help us respond effectively and humanely to the future global health emergencies that will inevitably occur.

Below, you can watch Outbreak, an episode of FRONTLINE that tells the story of the Ebola outbreak and explores why it wasn't stopped before it was too late.