Social Stigma and Naming the Pandemic 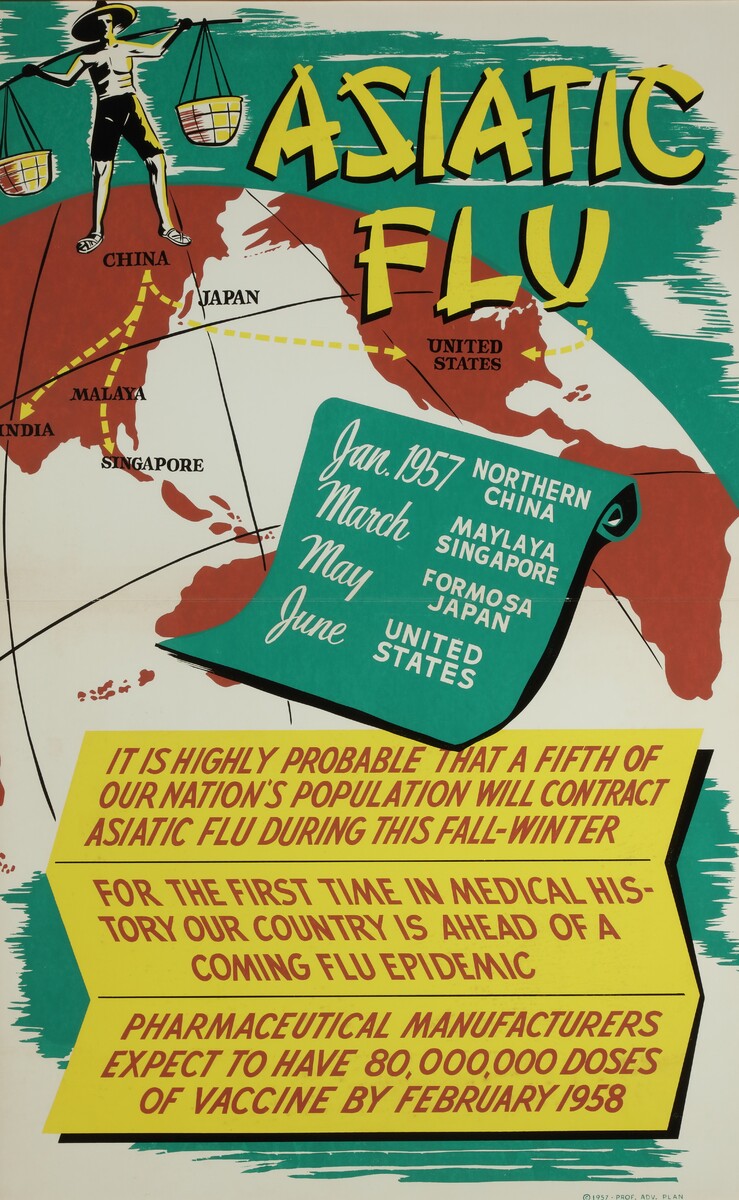 “…We Are Prepared for the Invasion”: Perceptions of an Influenza Pandemic Spreading from Asia

“This fall and winter, we may see serious outbreaks of influenza in the United States as a consequence of the epidemic which began last April in the Far East...we are prepared for the invasion.” –U.S. Surgeon General Leroy E. Burney, The Silent Invader, 1957

Initially, the 1957 pandemic was referred to as “Asia,” “Asiatic,” or “Asian” flu in scientific reports, advertisements, newspapers, and television programs. Such labels likely influenced peoples’ perceptions.  Some reports, in the U.S. as well as in Australia, also included language depicting the influenza virus as a foreign “omnipotent intruder” emerging from a diseased foreign nation.

This poster, created by a New Jersey pharmacist to encourage vaccination, contains a racially stereotyped depiction of an Asian man stepping out from East Asia. A dotted line traces the spread of the pandemic from Asia to the U.S.